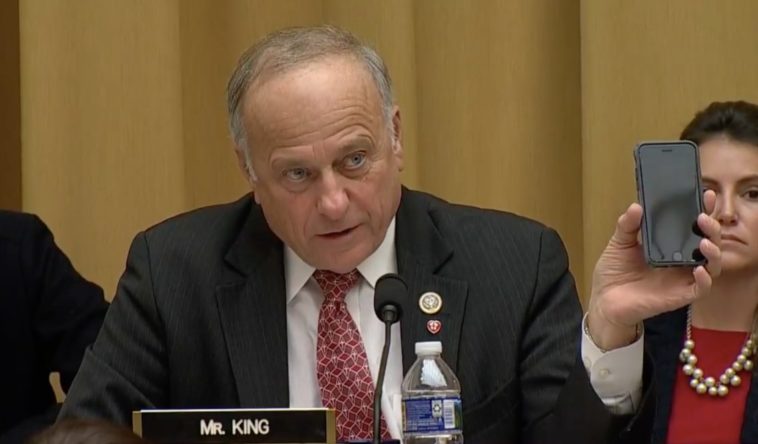 During Tuesday’s tense House Judiciary Committee hearing with Google’s Sundar Pichai, a question was asked by Iowa’s Steve King that caused many on the other side of the aisle to burst out into laughter.

Holding up is his iPhone for all to see, the Republican representative directed his ire at Pichai. His concern pertained to a photo featuring his image alongside “inappropriate language” that his 7-year-old granddaughter saw while playing a game on her phone.

Addressing Pichai directly, the Iowa rep asked: “How does that show up on a 7-year-old’s iPhone who’s playing a kids game?”

“Congressman, iPhone is made by a different company,“ Pichai replied.

A source in the room says the CEO’s simple eight-word response caused staffers on the Democratic side to erupt into laughter. The reply prompted King to immediately backtrack, saying “It might have been an Android.”

Interestingly, King wasn’t the only representative on the Republican side to point to his iPhone while questioning the Google exec. Rep. Ted Poe of Texas also showcased to his Apple device when he asked Pichai about Google’s tracking and location harvesting practices, as did Pennsylvania’s Tom Marino when he lambasted the search giant for promoting false and misleading content.

Though Pichai remained restrained and non-partisan during the 3-hour hearing, California’s Ted Lieu was less so when he attacked King, saying if he wanted “positive search results, do positive things.”