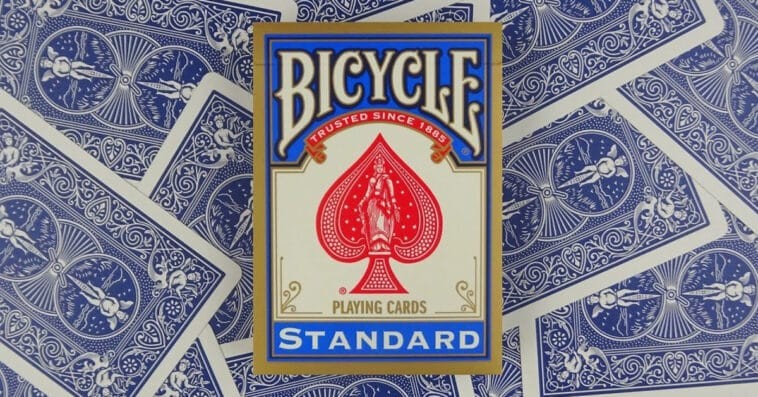 Bicycle Playing Cards, the bestselling and most widely used playing card brand in the world, is joining the NFT craze.

Taking steps where no other playing card brand has gone before, Bicycle is set to launch its first-ever NFT collection today, December 9th, from 7 to 10 p.m. ET an exclusive event at Lume Studios in Tribeca, New York City.

Bicycle’s NFT collection will feature the brand’s iconic cards transformed 1000 years into the future by artist Adrian Valenzuela. While it won’t be unveiled until 8 p.m. tonight, last week’s teaser trailer for the collection, which you can watch below, suggests that the NFTs will have a futuristic and ultra-modern design.

In addition to the NFT unveiling itself, the launch event will also feature an immersive art experience, cocktails, food stations, and performances by famous magician John Stessel. Attendees will also get to join a fireside chat with the Bicycle executive team, including CEO Stefaan Merckx, who will share how the brand is leading the way as it continues to innovate and push the limits where tradition meets innovation. There will also be an exclusive trailer showcase prior to the actual NFT reveal.

Since 1885, the Bicycle brand has been manufactured by the United States Printing Company, which, in 1894, became the United States Playing Card Company (USPCC). Aside from Bicycle, other brands of playing cards produced and distributed by the USPCC include Bee, Tally-Ho, Congress, Aviator, Aristocrat, Mohawk, Maverick, KEM, Hoyle, and Fournier. The USPCC also produces novelty and custom playing cards and other playing card accessories such as poker chips.