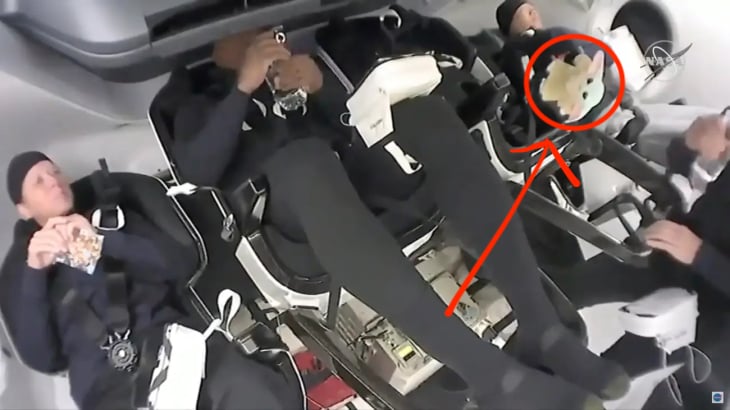 It might seem like Baby Yoda has learned to use the force at a very young age and was able to levitate himself off the ground, but in reality, he’s just tagging along for SpaceX’s journey to the International Space Station.

Just last Sunday, four astronauts launched aboard the Crew Dragon Resilience spacecraft towards the ISS as part of the first operational crewed mission for NASA. And as seen on NASA’s live stream of the event, a small plush Baby Yoda floated around while the crew members were safely anchored to their seats.

Apparently, this is more than just an attempt at keeping their playful side while on a mission. Baby Yoda actually plays a significant role by acting as the team’s Zero-G (gravity) indicator. As soon as the spacecraft hits zero-G, the Jedi Master in the making, floats and serves as a visual guide.

Views inside the Crew Dragon Resilience spacecraft reveal a “Baby Yoda” toy joined the astronauts on the launch as their zero G indicator.https://t.co/baLJVLCH0T pic.twitter.com/wNBNcOCo1m

But this is not the first time that an adorable toy has been brought along on a space mission to be a gravity indicator. We also saw a plush dinosaur during SpaceX’s first manned spaceflight back in May, so it’s basically a ritual for these guys to bring a smaller friend on their trips.