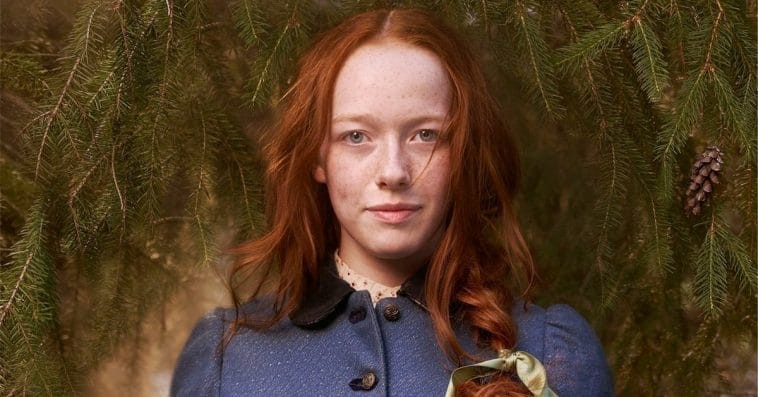 Anne with an E has reached the end of the red Green Gables road.

Netflix and CBC announced on Monday that the 10-episode Season 3 of the drama, which will arrive on the streaming service on January 3rd, will be its last.

In a joint statement, Netflix and CBC said: “We’ve been thrilled to bring the quintessentially Canadian story of Anne With an E to viewers around the world. We’re thankful to producers Moira Walley-Beckett and Miranda de Pencier and to the talented cast and crew for their incredible work in sharing Anne’s story with a new generation. We hope fans of the show love this final season as much as we do, and that it brings a satisfying conclusion to Anne’s journey.”

Creator and executive producer Walley-Beckett confirmed the show’s cancellation on Instagram, writing, “Beloved fans & friends of #AWAE, I’m sorry for the sad Netflix/CBC news today. I wish it could be different but it cannot.”

While Season 3 has yet to stream on Netflix, the entire final run of the series was finished airing on CBC. And apparently, fans strongly believe that the show has so much more stories to tell. Though devastated by the cancellation, fans from around the world have united and started the Twitter campaign #RenewAnneWithAnE in an attempt to make Netflix and CBC reverse the cancellation or help the series find a new home.

anne’s story was JUST beginning. her whole story isn’t only her ending up with gilbert. there’s so much more to her than that. she’s still discovering herself and finding out who she is. her story was nowhere near done being told #renewannewithane #renewawae pic.twitter.com/aqBSOWSzL9

Awae is one of the best if not the best tv show I have ever watched, the storyline, the writting, the message it passes and so much more every single detail of that show is perfect, exquisite, extraordinary and we can't lose it now, that can't be the end! #renewannewithane pic.twitter.com/TWOzzLVDYr

Anne With An E is so important for so many reasons. #renewannewithane pic.twitter.com/P3a3Qy1PyY

COME ON KINDRED SPIRITS
DONT. GIVE. UP.
-WE NEED TO SAVE AWAE-
We need to save this beautiful show and all of its thought provoking lessons, characters and timeline. ALL OF IT #renewannewithane #saveannewithane pic.twitter.com/SYnbGucSDo

HOW YOU GONNA CANCEL AWAE WHEN SHIRBERT STILL HAVE LIKE 7 CHILDREN TO MAKE #renewannewithane pic.twitter.com/mMYjwc5p96

This was just the beginning ❤️ We deserve all #renewannewithane pic.twitter.com/pnQtvhSBTI

so you’re telling me netflix will cancel one of its first shows that tackle, indigenous people rights, censorship, racism and slavery, white privilege and so much more it’s really all about the money huh #renewannewithane #renewawae #annewithaneseason4 pic.twitter.com/EP0UL2mea0

We deserve to see this and we will fight to see it #renewannewithane pic.twitter.com/yWEDiTjp6R

We deserve to see this. Long distance, hopelessly in love, yearning to be together. It’s our right. #renewannewithane pic.twitter.com/Q93CvEv02Z

After the hashtag #RenewAnneWithAnE became a trending topic on Twitter, Walley-Beckett — who wasn’t aware that Season 3 would be the show’s last when shooting the last 10 episodes —released a statement to Entertainment Weekly, teasing a potential finale feature film.

“The fan support and love for Anne with an E is overwhelming, heartening, and wonderful — how I love these Kindred Spirits,” Walley-Beckett told EW, referring to the fans. “This proves to me how much this show has connected with a diverse audience around the world and how meaningful it is to everyone. I am incredibly proud of these three seasons. Creating Anne with an E was an amazing experience — it was my heart project and I gave all of myself to it. I’m so grateful to my extraordinary cast, crew, writers, and directors for passionately bringing my vision to life. I will miss this show forever and a day. That being said, I’d love to write an AWAE finale feature film…”

While Netflix has yet to respond to the #RenewAnneWithAnE campaign, CBC’s official Twitter account acknowledged the campaign by replying to one of the million fan tweets.

We hear you! @CBC #AnneWithanE