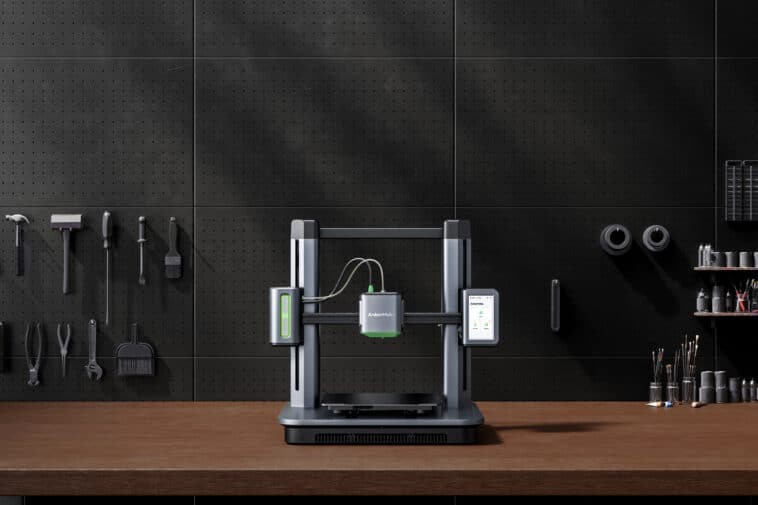 Is the AnkerMake M5 the Best 3d printer for home use?

While 3D printing has become more commonplace than ever before, it can still be a cumbersome task. To that effect, the typical 3D printer is complicated to operate, takes a good while to get the job done, and usually requires a check-up or two in between to make sure things are going smoothly. Not to mention, they’re also expensive to purchase. AnkerMake, Anker’s 3D printing brand, attempts to solve this with its latest release — the AnkerMake M5, and the AnkerMake M5 might just be the best 3D printer for home use.

What is the best 3d printer for home use?

In wanting to bring 3D printing further into the mainstream, Anker has designed the AnkerMake M5 3D printer to not just be more efficient but also more user-friendly, and much more affordable than typical 3D printers.

The AnkerMake M5 can be set up in just three steps and, according to the company, can be assembled in just 15 minutes. Features to assist with this task include 7×7 auto-leveling, PEI soft magnetic printing bed, auto-resume after power outages, and printing notifications.

The AnkerMake M5 also boasts PowerBookst technology that’s responsible for its faster printing speeds. In comparison to other printers, the M5 offers printing speeds that are up to 70% faster.

And to add more ease to 3D printing, a built-in HD camera monitors jobs and will alert when issues like layer splitting, spaghetti mess, or nozzle plugging occur.

A live feed is also available through the accompanying app so users can also monitor the project through their devices. In addition, the app offers controls and slicing software.

To produce the M5, AnkerMate has turned to popular crowdfunding site Kickstarter. The Super Early Bird perk offers the AnkerMate M5 for just $429, while the regular early bird pricing is set at $499.