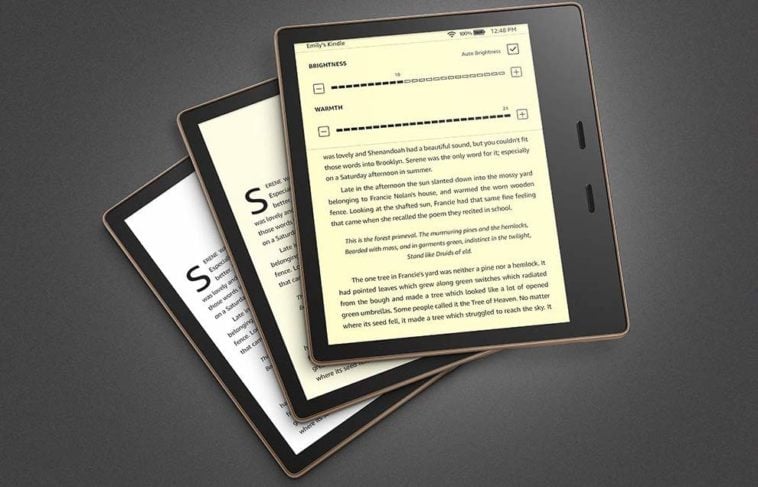 Amazon has announced the newest version of its popular Kindle Oasis e-reader, unveiling a host of upgrades to the previous iteration, including a neat color adjustment feature that makes it easier to read at night. In particular, this new feature allows users to change the color temperature of the screen, which in turns adds an orange hue. This orange hue is a sharp contrast to the white backlight available with previous generations of the device.

However, the company has stated that there will not be a blue light filter option, noting that the orange tint will be much more comfortable for Kindle Oasis users. Owners of the device will be able to set the screen to adjust its color temperature at certain times, such as being warmer in the evening while being cooler during the daytime.

Aside from the new color change feature, there are few differences between the new version of the Oasis and its predecessor, with water resistance and page-turning remaining the same between both devices. The screen size and clarity also remains the same with the new Amazon Kindle Oasis. Because of that, most users of the previous device will likely not want to upgrade unless they’ve had it for several years or are having difficulty reading during the night. It’s also worth noting that the Kindle Paperwhite offers many similar features while being much more affordable.

The new version of the Oasis is already available for pre-order, and it will be delivered to buyers by July 24th. The 8GB model is available for $250 while the 32GB model retails for $280.