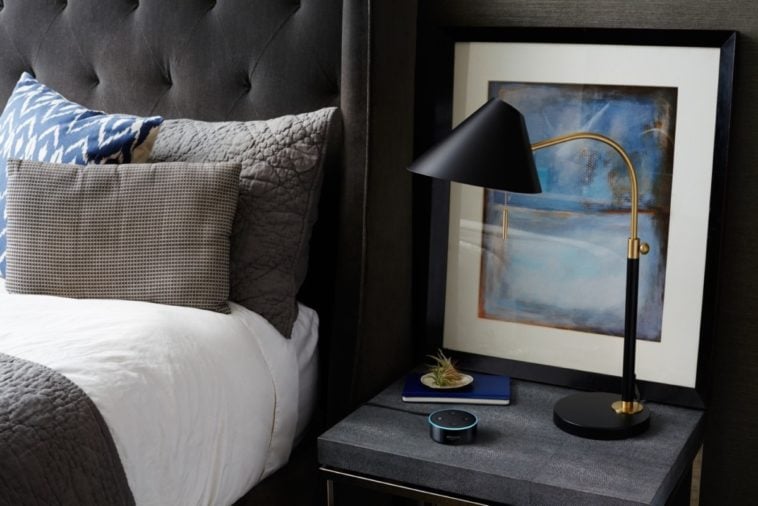 How would you like to spend a night in a swanky hotel with Alexa?

For the small few of who don’t know, the Amazon Echo is a voice automated device with a smart assistant called Alexa.

It can help its users with anything, from giving them bus timetables to playing games with them.

The latest news associated with the Amazon is that it is giving hospitality providers the opportunity to provide voice-activated options for their guests via its new ‘Alexa for Hospitality’ function.

These options included access to amenities such as room service, housekeeping or calling the concierge for dinner recommendations, without even picking up the phone.

Starting this summer, guests can also ask Alexa to increase their stay at select Marriott International too.

Hospitality providers don’t have too long to wait for it either, as Alexa for Hospitality is available by invitation starting this week.

It’s built to work within existing hotel technologies, which should mean that it’s easy to install and it should be relatively easy to upgrade existing technology to allow for its functionality.

A press release from Amazon stated that features developed by DigiValet, Intelity, Nuvola, and Volara allow guests to make requests like “Alexa, order wine,” or “Alexa, book a spa appointment,” all while just chilling in their room.

Amazon also revealed that Alexa for Hospitality will work with popular guest room entertainment providers including World Cinema and GuestTek for voice control of TV experiences, and in-room control of connected devices.

It all sounds quite cool to us and we can’t wait to give it a go.