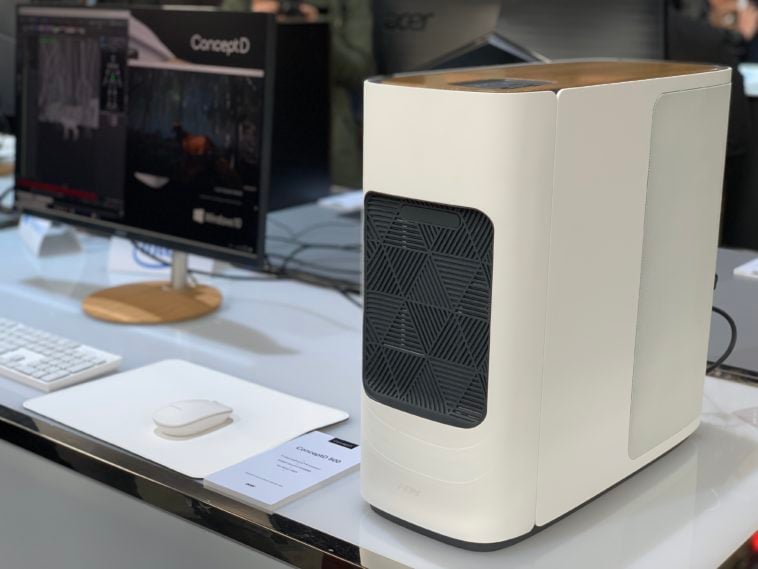 Acer just launched a new line of high-end desktops, notebooks, and monitors called ConceptD. Designed with professional content creators in mind, Acer’s new series is perfect for designers, filmmakers, engineers, architects, and anyone else looking for extreme high-performance graphics and processing. But it’s not just that these new PCs offer tons of raw power – Acer says that the new laptops run quieter than the competing MacBook Pro.

At the top of the range is the $20,000 ConceptD 900. Boasting dual Xeon Gold processors, NVIDIA’s RTX 6000 GPU, and up to 192GB of ECC memory, the 900 is without a doubt a creator’s dream. In addition to rendering high-end visual effects and simulations with ease, the 900 is also well-suited for developing AI / deep learning programs.

But if you’re looking for a powerful desktop that costs less than a car, the ConceptD 500 might be more your speed. The 500 can be outfitted with multiple 9th-gen Intel Core processors, NVIDIA’s Quadro RTX 4000 GPU, and up to 64GB DDR4 memory.