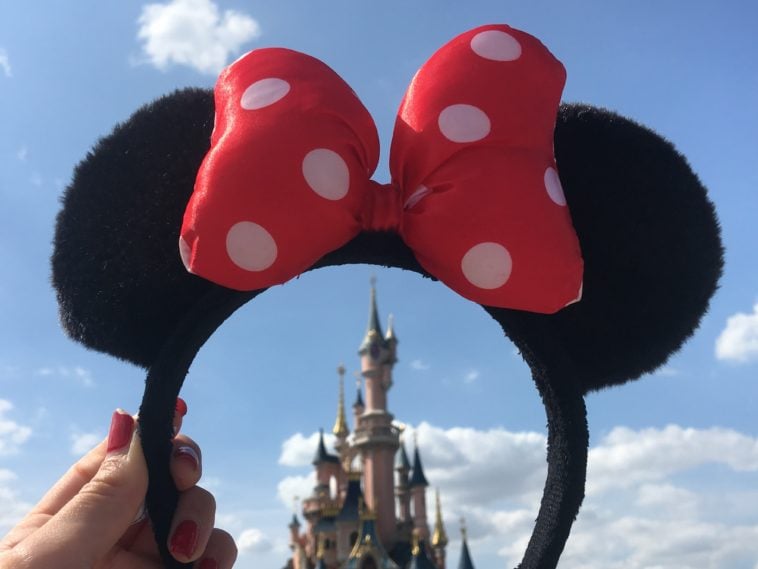 Amid news that three people were charged in a violent caught-on-video brawl at Disneyland, and USA Today reporting that a woman punched a Disney World employee over FastPass issue, it makes sense why #WhyIGotKickedOutOfDisney is now trending on Facebook and Twitter.

To add more fuel to the fire, the New Zealand Herald published an article on Wednesday, July 25th, on how you can be kicked out of Disney and get a lifetime ban from “the happiest place on earth.”

Social media users have had all kinds of hilarious responses and memes to participate in the #WhyIGotKickedOutOfDisney frenzy, with references to recent Disney news, GIFs, and real-life experiences thrown around by the users.

These are the funniest #WhyIGotKickedOutOfDisney tweets that caught our eye.

#WhyIGotKickedOutOfDisney I Caught That Bitch Minnie Mouse Cheating on Mickey With His Homie Goofy This Is Why Hoes Ain’t Loyal pic.twitter.com/6wOqO2iuEn

User @ep_horea saying that she told Snow White to “back the f*ck up” before she gets smacked.

#WhyIGotKickedOutOfDisney I told that bitch snow white to back the fuck up before she gets smacked the fuck up pic.twitter.com/Lq31yd0Wb2

Twitter user @WESTSIDE_915 depicting a GIF of Rafiki throwing Simba off the cliff.

User @WhatItDewwBaby joking that he couldn’t remember why he got kicked out of Disney, a reference to Finding Nemo character Dory’s memory loss.

Twitter user @AuntCalls saying that she exposed the “big fat lie” about The Lion King because “a female is always the head of the pride.”

#WhyIGotKickedOutOfDisney
I explained that The Lion King is a BIG FAT LIE.
The truth is that a female is alway the head of the pride.
The movie should be The Lion Queen! pic.twitter.com/Lkzz91N7k8

Twitter user @mrsarcasticass1 joking about letting a rat go in the kitchen “cause I thought rats could cook.”

Let a rat go in the kitchen cause I thought rats could cook…and really that anyone could cook?‍♂️ #WhyIGotKickedOutOfDisney pic.twitter.com/r4LkPwVrgF