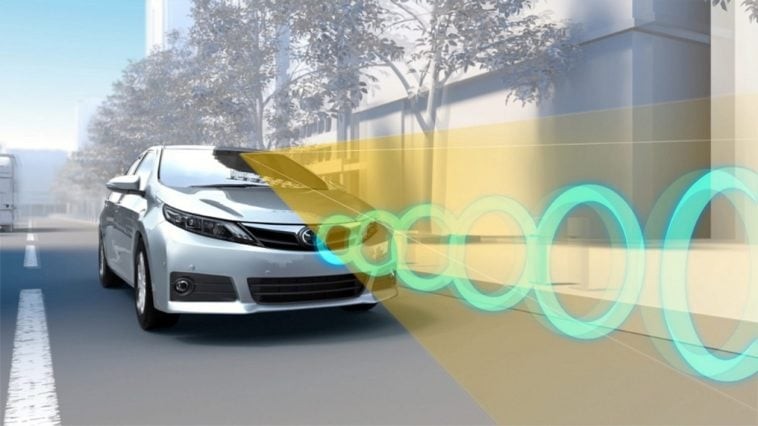 The Toyota Camry turns 37 this year and Toyota is celebrating by offering the model’s largest and most diverse lineup yet including its first-ever XSE Hybrid. The new models keep the luxury experience Camrys have been known for but are enhanced even further with improved safety features, including the new Toyota Safety Sense 2.5+.

The LE and XLE variants get a new look as well with its front fascia showing a more “defined lower intake.” The LE gas variant also introduces a new 17-inch allow wheel design while the XLE will have a slightly bigger 18-inch allow wheel. The SE and XSE on the other hand boast of a bolder redesigned lower fascia shape with a honeycomb-style grille and side vent inserts and new side vent accents.

In particular, TSS 2.5+ takes accident avoidance to the next level by being more proactive. To that effect, the system doesn’t just detect the vehicle ahead, but it can also detect a pedestrian or bicycle – even at night. When it comes to intersections, TSS 2.5+ is able to detect oncoming bicyclists, pedestrians, or vehicles while making a left-hand turn. The system provides audio and visual alerts and will even perform automatic braking if it should become necessary.

Adaptive cruise control has also been improved with a new feature that allows for a smoother and anticipatory approach when passing another vehicle. Specifically, when the Camry approaches a slower vehicle from behind, TSS 2.5+ will automatically accelerate after the driver engages the turn signal with steering input. This effectively eliminates the delay in acceleration that usually afflicts adaptive cruise control. The first time this feature kicked in on the highway was a bit jarring because we were surprised, but it was effective.

All 2021 Camrys will also come with Toyota’s Rear Seat Reminder — the second Toyota car to do so. This feature informs the driver if the rear door/s was opened within 10 minutes of the car being turned on through a reminder on the instrument cluster.

Camrys with an all-wheel-drive option were first seen in 2020 but will soon be available as a standalone option. The LE, XLE, SE, SE Nightshade, and XSE grades can experience the Toyota-developed Dynamic Torque Control AWD system which provides effective traction for all kinds of weather. There will also be an optional Cold-Weather Package that adds heated seats and mirrors on the LE grades while the SE grades receive the additional heated steering wheel options.