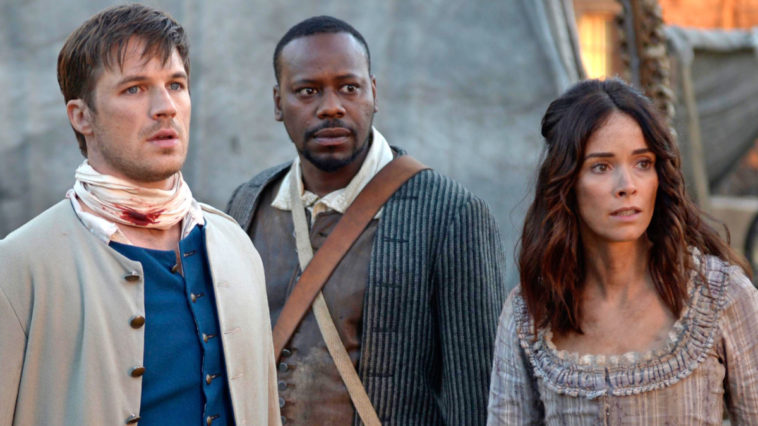 “We’re excited to tell one final chapter to this incredible story,” said Lisa Katz of NBC Entertainment as news broke that Timeless would, indeed, get a chance to bring a sense of closure to fans. After previously being canceled twice by NBC, creators Shawn Ryan and Eric Kripke are optimistic that the network’s most recent green-light will afford the duo an opportunity to properly close the series in the form of a two-part finale.

For the uninitiated, Timeless opened with a highly sophisticated yet unknown criminal stealing a time machine with the intention of influencing some of history’s most iconic events. As a result, the fate of the world – as we know it – rests in the hands of a scientist (Rufus), a history professor (Lucy), and a soldier (Wyatt) – played by Malcolm Barrett, Abigail Spencer, and Matt Lanter, respectively.

SPOILER — If you kept up with the series, you will remember season two ended with the death of Rufus. However, in a last-second curveball, future versions of Wyatt and Lucy arrived on scene with a plan to rescue the scientist. Nevertheless, due to the abrupt cancellation, fans never got to see what happens next. — END SPOILER

Before NBC canceled Timeless for the second time, media reports suggest they shopped the show to other networks, however, were unsuccessful. Briefly thereafter, NBC and Sony TV considered shooting a two-hour movie that would serve as the finale but found issue with “making the economics work.”

So far, NBC and Sony have released very little information when it comes to the proposed two-part ending for the series.