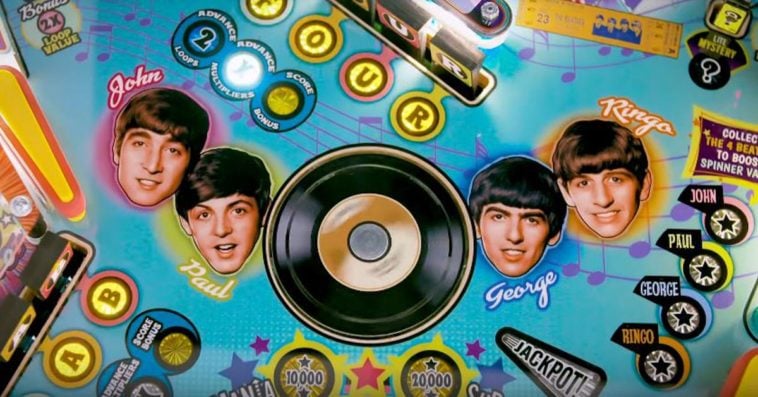 Relieve the Beatlemania with this limited-edition The Beatles-inspired pinball machine.

Created by Stern Pinball in collaboration with Ka-Pow Pinball, this arcade game is the first and only The Beatles pinball machine ever made. In recognition of the year reporter Ed Sullivan introduced the English rock band to America, only 1964 units of the said pinball machine will be produced. Stern Pinball also told us that because of licensing issues, it took nearly 10 years to get this pinball machine made.

The game is available in three models which are named after the recording industry’s sales award levels: Gold, Platinum, and Diamond. The Gold Edition is limited to 1614 units, the Platinum Edition to only 250 units, and the Diamond Edition to only 100 units.

Each model has a unique art package and custom powder-coated armor, but all three editions feature nine timeless hit songs popularized by The Beatles in the 1960s. Those songs are A Hard Day’s Night, Can’t Buy Me Love, Ticket to Ride, All My Loving, Help, Drive My Car, It Won’t Be Long, I Should Have Known Better, and Taxman.

“It has a simple geometric layout. It’s retro-inspired and takes a lot of features and elements from our 1980 game Seawitch and modernizes them,” Stern Pinball director of marketing Zach Sharpe told InterGame of The Beatles pinball last month.  “Its tangible and easy to understand with nothing more difficult than shooting drop targets, pop-ups and spinners. Because of this, its turnaround time is shorter too, so that’s a benefit to operators.”

For availability and pricing, click here to find an authorized Stern Pinball distributor or dealer in your area.