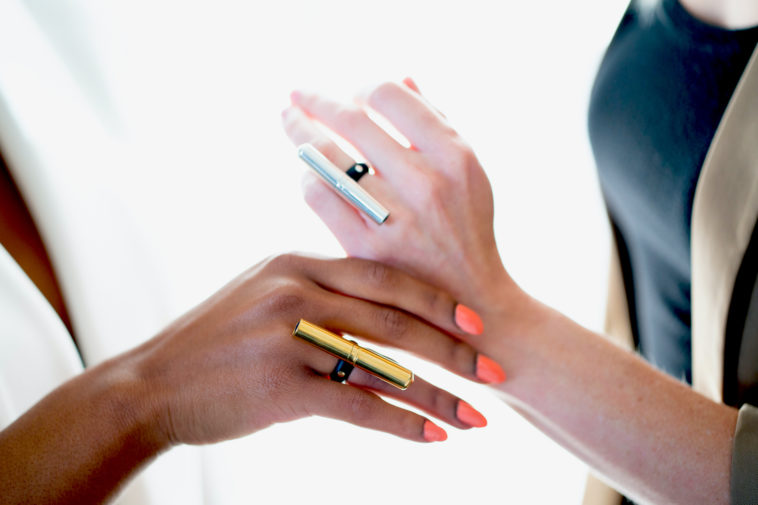 CRAVE, a personal pleasure company known for its wearable sex toys has unveiled two new products called the Vesper Touch and Tease. Designed to look like fashion-forward jewelry rings, rather than a sex toy, these wearable vibrators are the culmination of nearly a decades’ worth of research and engineering. They also make for a great conversation starter.

CRAVE has made a name for itself by creating pleasure products that aren’t meant to be hidden away in some dark drawer but proudly worn. Or as the company put it, products that make customers feel “empowered to openly embrace their innate desire for pleasure, without shame or stigma.” Crave also made waves back in January when they brought their “Build a vibe” van to CES.

Both the Touch and Tease are waterproof, rechargeable via USB, they can accommodate 12 different ring sizes, and they’re available in silver or gold. Unfortunately, there’s no word on an exact release date but they should be available sometime soon.