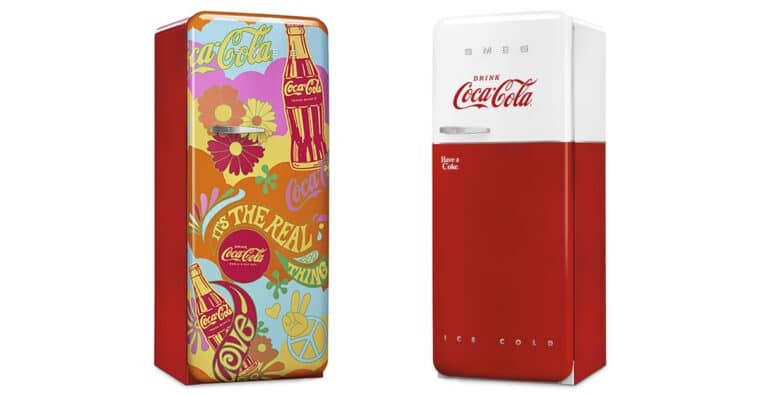 Love anything retro? Then this collection of Coca-Cola-themed refrigerators from SMEG may interest you.

Launched earlier this month, this lineup of fridges is a collaboration between the Coca-Cola Company and SMEG, a leading kitchen appliance manufacturer known for its Italian heritage, signature style, and advanced technology.

The collection consists of two specially designed refrigerators. The first fridge celebrates one of Coca-Cola’s most iconic television commercials, while the other boasts a classic Coca-Cola feel. 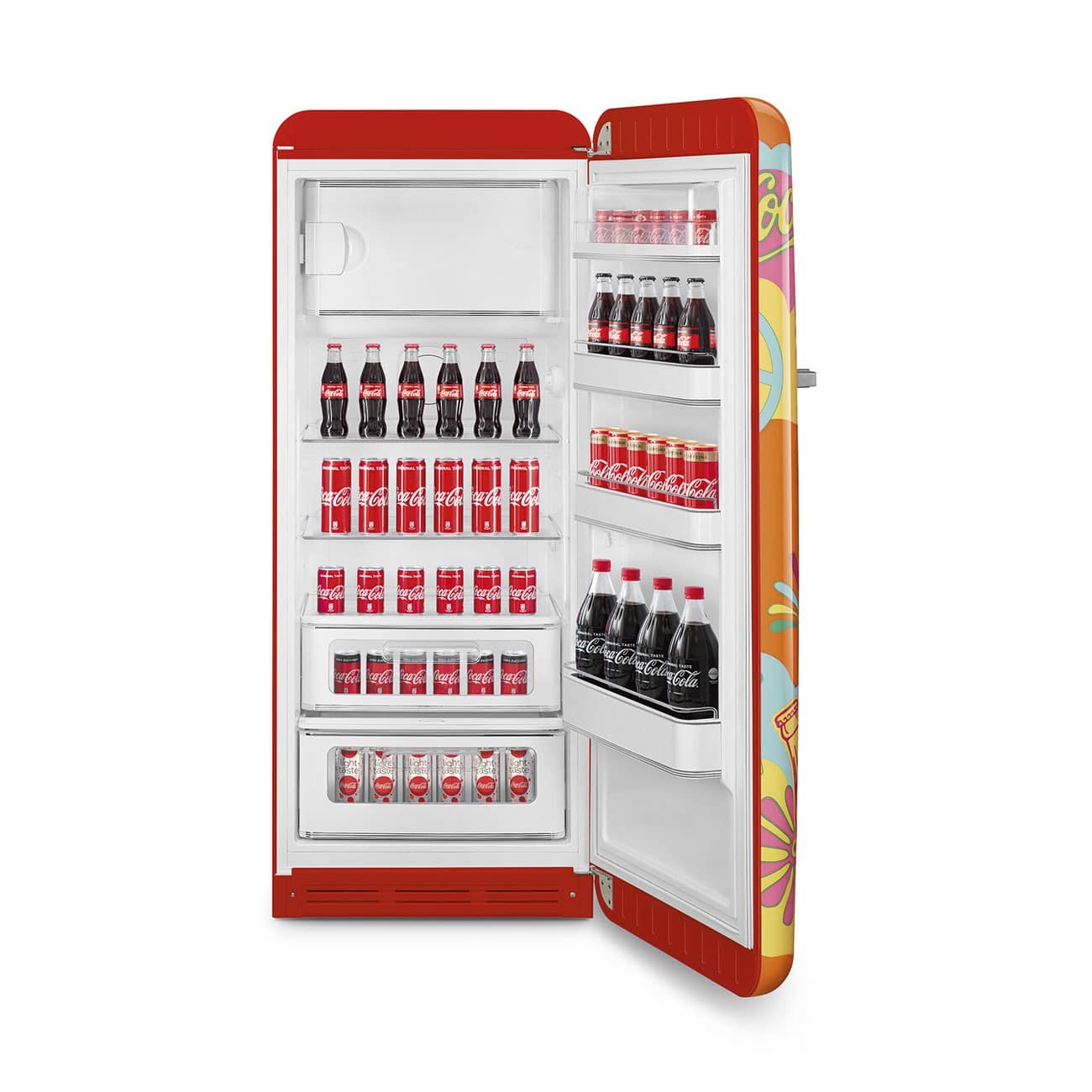 Designed in celebration of the 50th anniversary of Coca-Cola’s widely recognized Hilltop commercial, the Unity Refrigerator is a limited-edition 1971 Unity Collection refrigerator that reflects the advertisement’s themes of peace, optimism, community, and harmony. Modeled after SMEG’s retro-inspired FAB28 Refrigerator, the Unity Refrigerator features signature hues and imagery of the ‘70s era and is now available exclusively at Neiman Marcus for $3,999.

Released in 1971 during a global cultural shift, the Hilltop ad is groundbreaking for its time. The minute-long promotional video features a diverse group of young people singing together on a hilltop in Italy, where the SMEG brand was founded in 1948. With a standout lyric “I’d like to teach the world to sing, in perfect harmony,” the commercial’s desire for unity and togetherness, especially during times of turmoil, has endured, even 50 years later. Watch the remastered ad below: 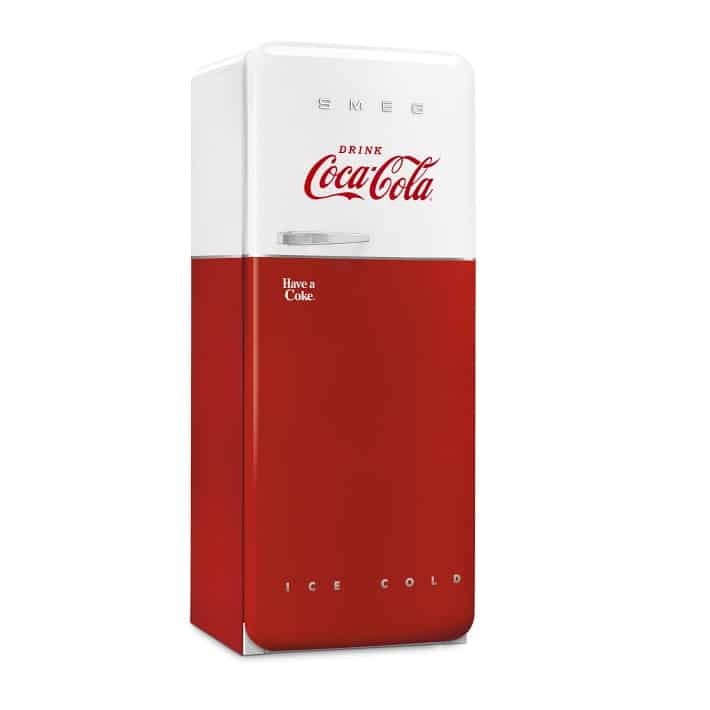 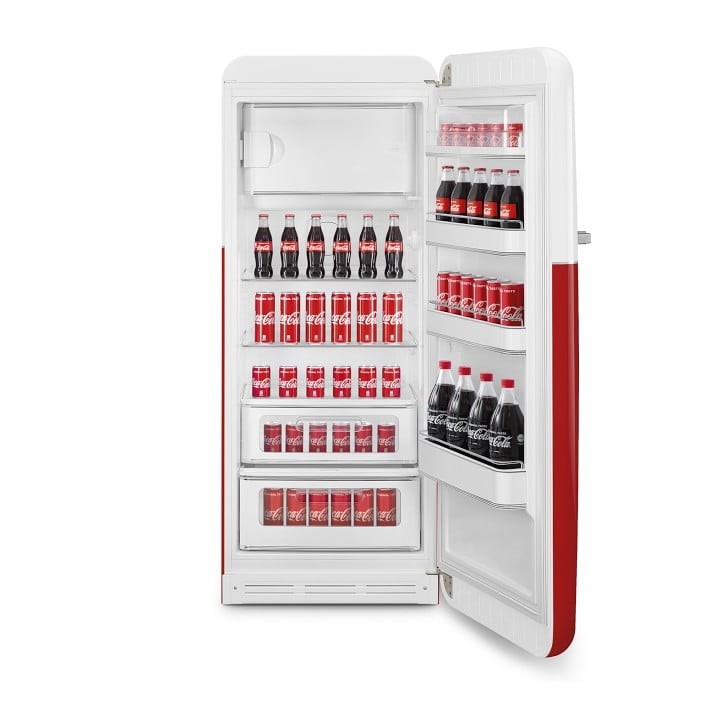 A homage to 1950s Americana, the Iconic Refrigerator combines Coke’s signature color palette and SMEG’s classic retro design. The fridge features Coca-Cola’s trademark red and white coloring as well as the brand’s instantly recognizable branding, like the “Drink Coca-Cola” logo and signature slogans “Ice Cold” and “Have a Coke.” The Iconic Refrigerator is available at select retailers, including Williams Sonoma, for $2,999.

“We’re excited to bring Coca-Cola and SMEG together to celebrate our brands in such an expressive fashion,” shared Karen Schohan, Senior Licensing Manager for The Coca-Cola Company, in a statement. “What better home could an ice cold Coke have than an iconic SMEG refrigerator?”

Paul McCormack, National Sales & Marketing Director at SMEG USA, added: “SMEG is thrilled to partner with Coca-Cola to create these one-of-a-kind products. Each brand has instantly recognizable style and retro roots, which we’ve been able to bring to the forefront with each offering. We can’t wait to see these refrigerators as the focal points in the homes and kitchens of consumers.”