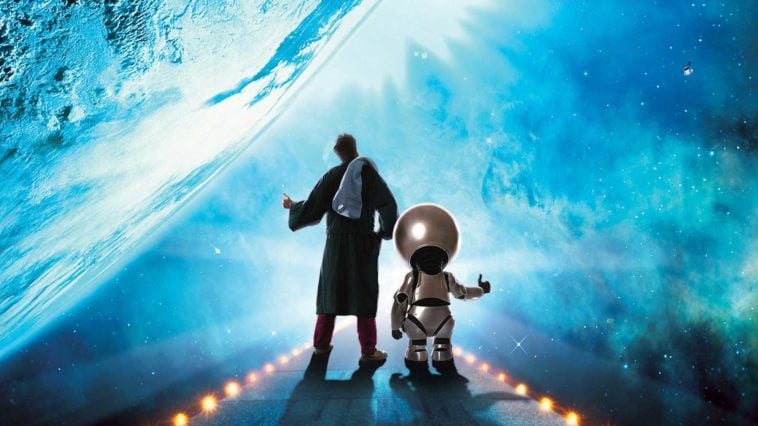 The Hitchhiker’s Guide to the Galaxy, a comedy science fiction series created by Douglas Adams, is being adapted for TV for streaming platform Hulu. Deadline reported on Wednesday that ABC Signature is making the TV series for Hulu, which is set to be a “modern retelling” of the classic story.

It’s been more than four decades since Hitchhiker’s Guide to the Galaxy was originally broadcast on BBC Radio 4 in 1978 and almost 15 years since the feature film starring Sam Rockwell, Mos Def, Zooey Deschanel, and Martin Freeman was released.

The adaptation of the comedy science fiction series will be produced by Carlton Cuse and Jason Fuchs, who will write and executive produce the project for the streaming platform. You might recognize Cuse for being one of the showrunners behind such iconic TV shows as Lost, Bates Motel and Locke & Key. Fuchs, meanwhile, is popular for his work on 2017’s Wonder Woman starring Gal Gadot.

ABC Signature is the streaming division of ABC Studios. The Hitchhiker’s Guide to the Galaxy TV series will be produced by both ABC Signature and Cuse’s Genre Arts. Interestingly, Netflix picked up Locke & Key, which was produced by Genre Arts, after Hulu passed in 2018. Fuchs is reportedly penning the pilot screenplay for the story, which is described in the report as “a modern updating of the classic story.”

Hitchhiker’s Guide to the Galaxy, which originally started as a radio series, was adapted into novels, games, comic books, TV show, and feature film.