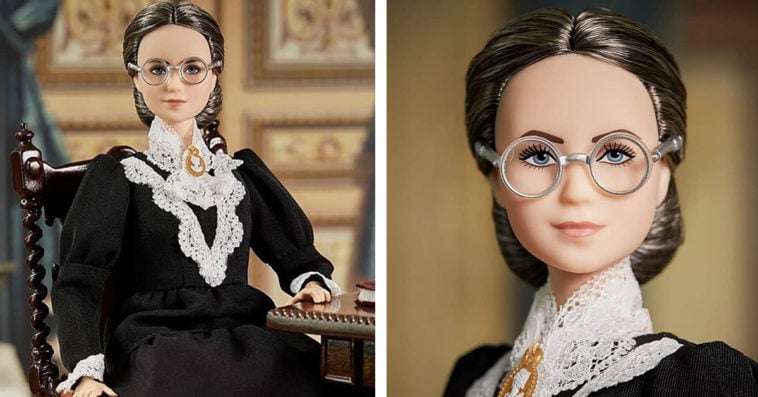 Mattel has inducted Susan B. Anthony into its line of Inspiring Women with her very own Barbie doll.

The doll, which became available for the first time on Mattel’s website on Monday, was officially unveiled by the National Susan B. Anthony Museum & House in Rochester, New York, last Thursday.

A social reformer and women’s rights activist, Anthony played a pivotal role in the women’s suffrage movement. While protesting and leading the charge for women’s voting rights, Anthony made a defiant move and voted in the U.S. presidential election back in 1872. Though she was arrested at her home following the bold act, the historic incident helped pave the way for passage of the 19th Amendment in 1920, which prohibits the states and the federal government from denying the right to vote to citizens on the basis of sex. 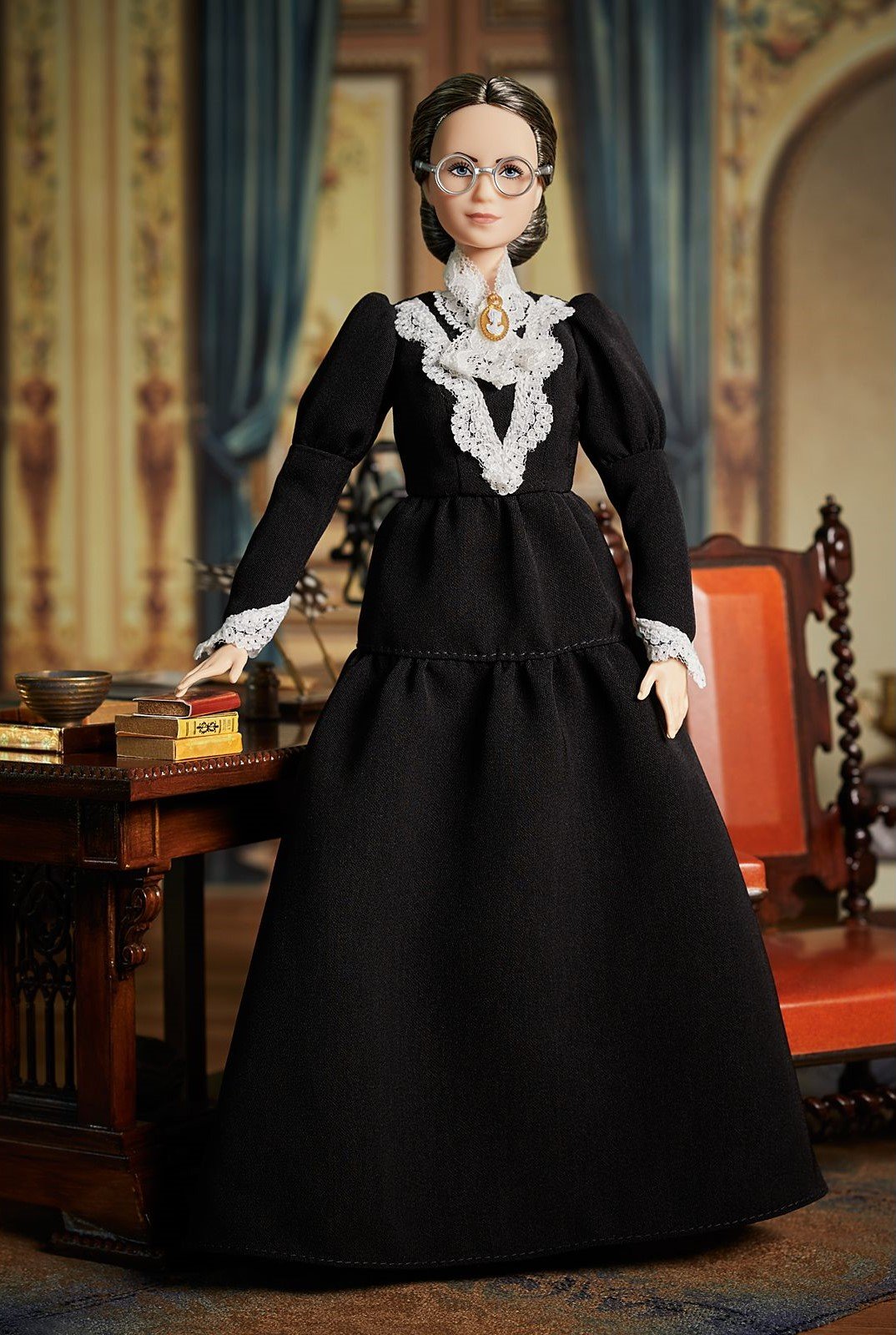 Designed by Kelley Lindberg, the Susan B. Anthony Barbie doll looks elegant and poised in her floor-length black dress accented with white lace at the sleeves and bodice. Completing her outfit are silver round eyeglasses and a lace collar fastened with a brown cameo brooch. The doll features articulation for endless posing possibilities and comes packaged in a box with a special design. The $29.99 collectible also includes a doll stand and a certificate of authenticity. 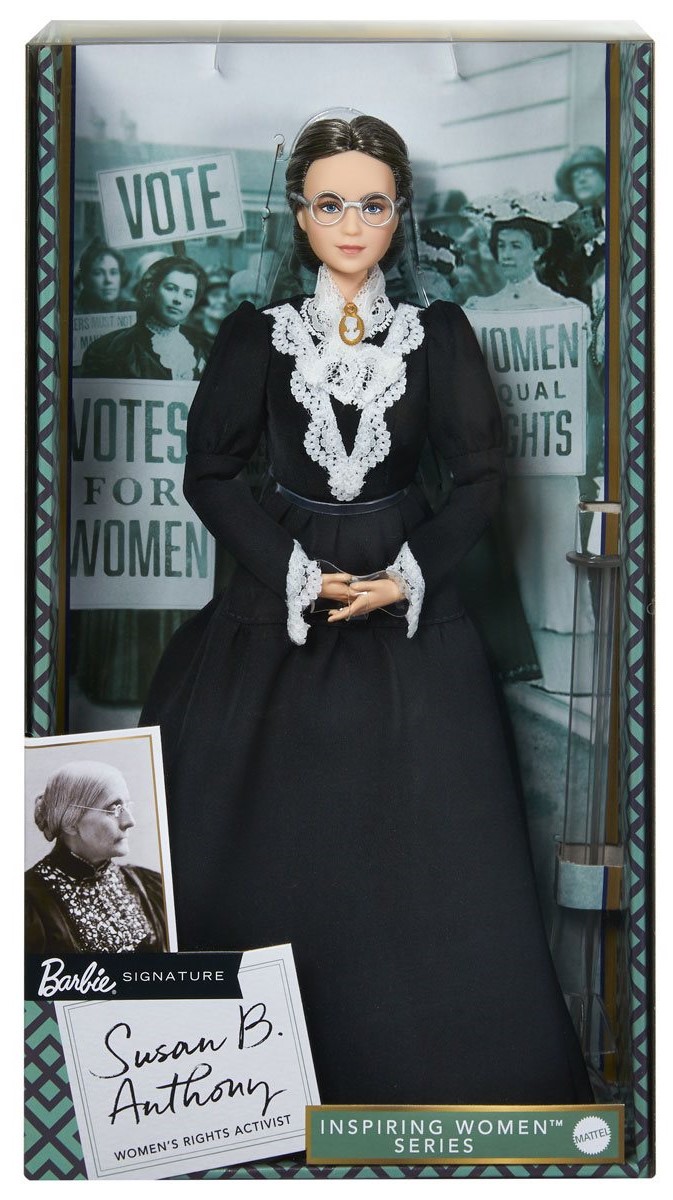 “We were delighted that the design team from Mattel reached out to us early in the project, demonstrating their interest in a doll and packaging that would reflect Susan B. Anthony’s life and work,” Deborah L. Hughes, president and CEO of the Anthony Museum, said in a press release.

Commenting on the doll’s striking resemblance to Anthony, biographer Ann Gordon said, “You can almost hear her speak, ‘Yes, your honor, I have many things to say.’ She is still telling us to get ‘a citizen’s right to vote.’”

This year’s release of the Susan B. Anthony Barbie doll is particularly significant as 2020 marks the 75th anniversary of Anthony Museum, Anthony’s 200th birthday, and the 100th anniversary of the 19th Amendment.