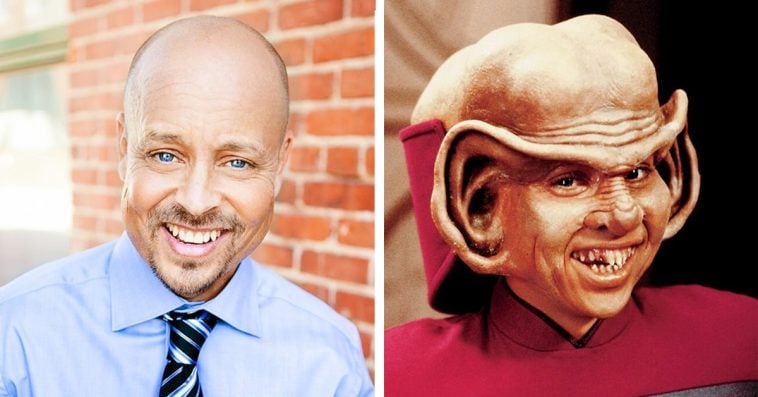 Aron Eisenberg, who is best known for his role as Nog on the 1990s sci-fi series Star Trek: Deep Space Nine, died on Saturday. He was 50.

Eisenberg’s Nog, who appeared in all seven seasons of the action-adventure syndicated show, was a member of the alien race Ferengi. A resident of Terok Nor during the Occupation of Bajor, and a former waiter at Quark’s, Nog became the first Ferengi to enter Starfleet and served aboard Deep Space 9 after a recommendation from Captain Sisko. Eisenberg also guest-starred in Star Trek: Voyager and was also a cast member of the Star Trek fan film, Renegades.

https://t.co/4kPK1NYbPA is saddened to report the passing of Aron Eisenberg #StarTrek #RestInPeace https://t.co/XNPPAzZkjF

Though Eisenberg’s cause of death was not released, the actor, who was born with just one kidney, had two kidney transplants. The most recent one was in 2015. His kidney issues were also the reason behind his stunted growth. Eisenberg only stood at 5 feet tall.

Eisenberg’s widow Malissa Longo announced his passing on Facebook. “He was an intelligent, humble, funny, emphatic soul. He sought to live his life with integrity and truth,” Longo wrote of Eisenberg on the social networking site. “There will never be another light like Aron’s. The beauty that he was and the legacy he leaves behind is beyond words. I love him dearly and will miss him eternally. At the moment I’m not sure how to do life without him.”

Eisenberg and Longo had been married for nine months. “We didn’t officially announce that we had eloped on December 28th, 2018. We were hoping to have a big shindig in celebration of our nuptials, but had to wait to save up the money,” Longo revealed in her Facebook post. “While, our marriage, on paper, was a short one. Our hearts had been married for far longer. I will be forever thankful for the time we had to love each other. Five years felt like a lifetime, in the best possible ways.”

A GoFundMe campaign has been set up to help Longo and Eisenberg’s family pay for any funeral expenses they incur. As of writing, the campaign has already raised $20,400. But since donations totalling over $20,000 are subject to taxation and organizers would like to avoid any extra hassle for Longo, the campaign has been temporarily closed until organizers, with the help of an accountant, find viable options for continuing the fundraising.

Outside of the Star Trek franchise, Eisenberg also appeared in the sci-fi series Blade of Honor, TV movie Amityville: The Evil Escapes, and films The Liars’ Club, Beverly Hills Brats, Playroom, and The Horror Show.

Besides Longo, Eisenberg is also survived by his two sons.