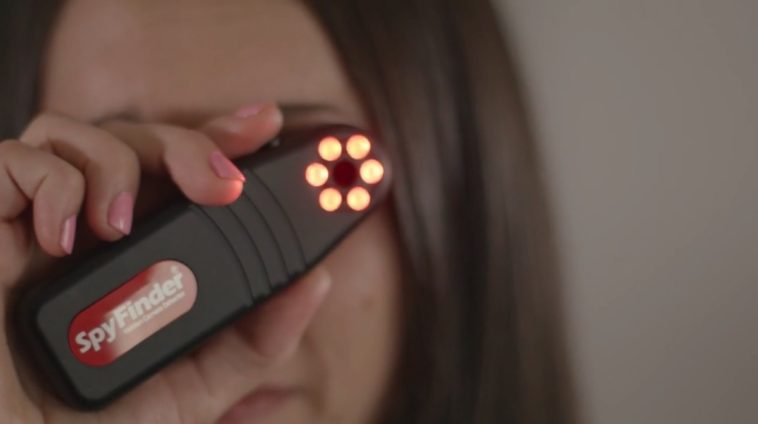 Privacy has become a contentious topic in recent years. As technology gets smaller and cheaper, more and more people are becoming concerned with being filmed or recorded without consent.

One company is looking to help alleviate the problem by developing an easy-to-use spycam detector. Dubbed the ‘SpyFinder Pro’, this handheld device is designed to locate tiny cameras that would otherwise go unnoticed. The device works by flashing an array of specially engineered bright-red LEDs which reflect off the lens of hidden cameras.

With this method,” it doesn’t matter if the camera is turned on or off, recording or not – even if it’s a non-working camera, the blinking effect will clearly show you the presence of a camera lens,” touts the company.

The maker says as Airbnb and other vacation rental services become more popular, they foresee a rise in the number of malicious hidden camera cases. Whereas detectors of the past were bulky, requiring special know-how to operate, the SpyFinder is a handheld, wireless device that can travel anywhere you do.

The group behind the device is currently running a Kickstarter campaign with a $10,000 goal. At present, a single unit sells for $198.