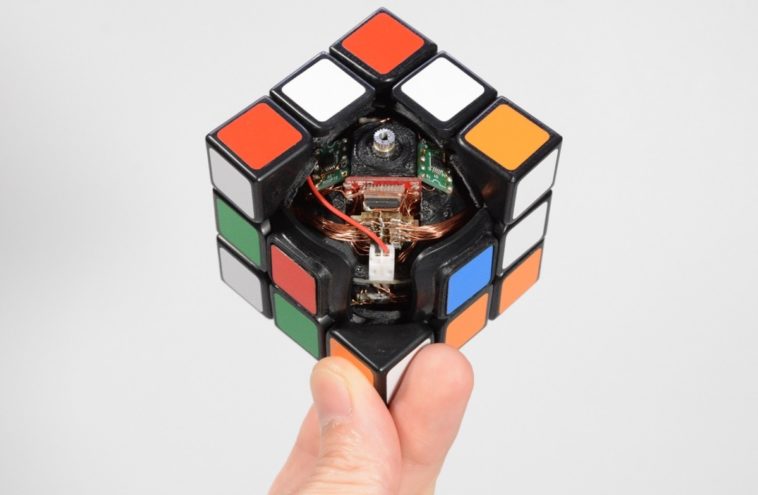 The Rubik’s cube was first unveiled in the late 1970s to worldwide acclaim. Now, roughly 40 years later, someone has finally invented a cube that solves itself.

On September 17th, a video surfaced online that shows someone scrambling a cube before it magically reconfigures itself. But truth is, there’s no magic at all, just high tech components buried deep within the cube that allows it to reorganize when it detects a change.

If you’re into DIY tech, the maker published the documentation and source code online, however, it’s not in English. From what we could gather from the photos, it appears the inventor used 3D printing technology and the C++ programming language to create the internal mechanism that solves the puzzle. However, because of the language barrier, it’s difficult to deduce much more than that.

But as cool as this self-solving cube is, we think we’d rather own this less impressive (but more delicious) cheddar cheese Rubik’s cube.