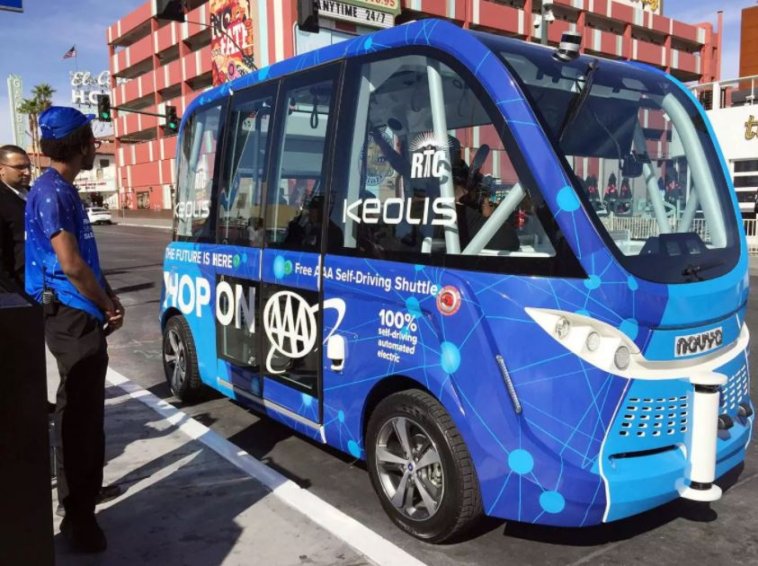 Las Vegas’s brand spanking new self-driving shuttle had a nightmarish start on Wednesday as it crashed shortly after making its debut on public roads.

The autonomous bus embarked on its maiden tour starting at the so-called Innovation District in downtown Las Vegas. A slew of cameras accompanied by celebrities witnessed its glorious first trip as America’s first self-driving shuttle pilot project.  Unfortunately, in less than two hours, the vehicle found itself at the receiving end of a minor crash with a lorry.

According to reports, a delivery truck suddenly emerged from an alley and clipped the self-driving shuttle’s front bumper. The only silver lining was that no one was injured in the accident, confirmed city spokesperson Jace Radke.

“The shuttle did its job in that the sensors hit on the truck, knew the truck was coming and stopped as it was supposed to do. The problem was the truck didn’t stop,“ Radke was quoted by the Independent.

The spokesperson also pointed out that the collision will help engineers get a firsthand account of how driverless vehicles navigate.

“That’s the whole point of doing this, is to test it in traffic, see what happens when it’s introduced with moving cars and all those variables out there.”

The oval-shaped shuttle is designed to host up to eight passengers. It comes equipped with a computer monitor, but no brake pedals or steering wheel. Manufactured by French company Navya, the shuttle carries kerb sensors, GPS, and other technologies to navigate at a maximum speed of 15mph.