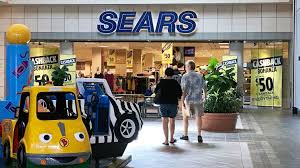 The 132-year-old chain, once the epitome of the country’s retail industry, is now plagued by billions in debt. Although the company plans to shut some 188 stores before the year’s end, higher-ups insist that Sears will stay open as leadership figures out a way to cut losses and regain profitability.

Valued at just 40.7 cents per share, today Sears Holdings, which also controls Kmart, manages roughly 700 stores and 68,000 employees across the nation. Just over a decade ago, share prices topped $120 when company managed thousands of stores, employing over 300,000 workers.

Sources say its fall from grace has been in motion for decades. Sears’ first major downfall began in the 1970s when fledgling big box retailers like Walmart and Home Depot began to siphon away market share with the allure of lower prices. As similar retailers entered the industry, Sears’ dominance was shaken, nevertheless, due to its massive footprint, business remained viable.

In the decades since, Amazon and other digital retailers have further exasperated the issue as more and more customers turn to online shops rather than traditional malls, of which form Sears’ backbone.

In 2004, ESL Investments purchased the company with a goal of modernizing its business practices. Despite the efforts of ESL, Sears has continued bleeding an average of several hundreds-of-millions per year. In fact, in the past five years alone, the retailer has lost nearly $6 billion.

While ELS insists their motives are in the best interest of Sears, some analysts have accused the hedge fund of vulturous practices. Headed by Edward S. Lamper, ESL Investments has sold off several key brands – once owned by Sears – to other companies that are tied to Lamper. For example, in 2015, nearly $3 billion worth of real estate was sold to Seritage, a company that lists Lamper as one of its chairmen. Presently, Lamper is working to spin off the Kenmore appliance brand – also owned by Sears – into its own company, which too will be controlled by ESL.