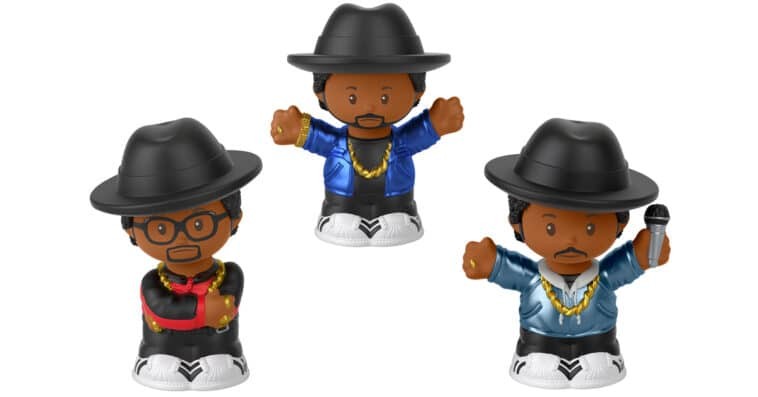 To celebrate the music of Run DMC, Fisher-Price launched a special edition Little People figure set based on the Rock and Roll Hall of Fame trio.

Officially called Fisher-Price Little People Collector Run DMC, the toy set includes three mini figures in the likeness of Joseph “Run” Simmons, Jason “Jam Master Jay” Mizell, and Darryl “D.M.C.” McDaniels. Each figure stands over 2.5 inches tall and is styled to look like one of the members of the iconic hip hop group.

The figure set comes in a gift-ready and display-worthy package featuring cool concert-themed graphics. Priced at $14.99 per set, the Fisher-Price Little People Collector Run DMC is now available online as an Amazon exclusive. 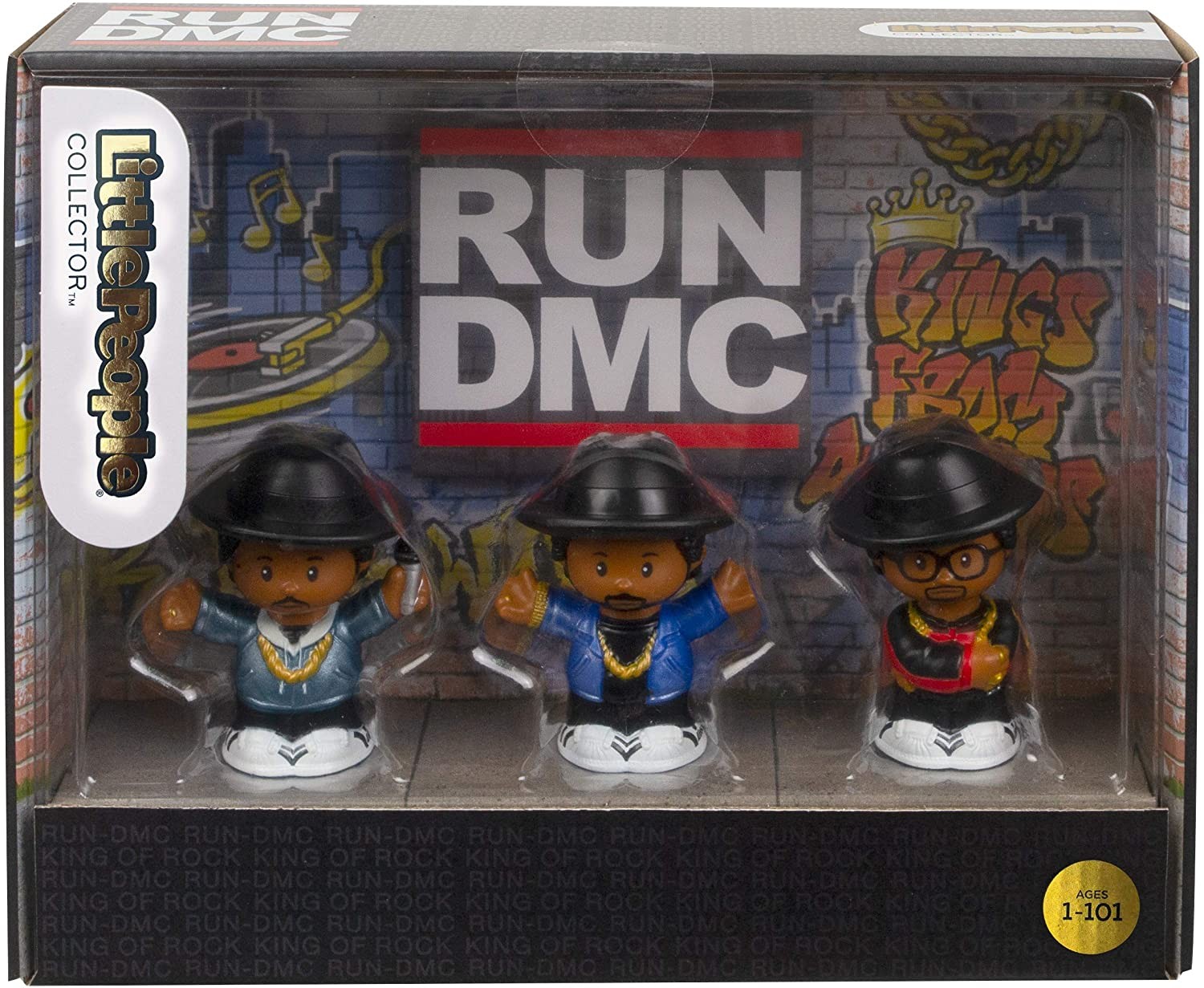 Founded in 1983 in Hollis, Queens, New York, Run DMC is considered one of the most influential acts in the history of hip hop culture and one of the most popular hip hop acts of the 1980s. With the release of their eponymous debut studio album in 1984, Run DMC became the first hip hop group to achieve a Gold record. That was followed by the certified Platinum record King of Rock in 1985, making Run DMC the first hip hop group to achieve this. Dropped in 1986, the group’s third album Raising Hell became the first multi-platinum hip hop record in history.

Run DMC was inducted into the Rock and Roll Hall of Fame in 2009. Seven years later, the group received the Grammy Lifetime Achievement Award.