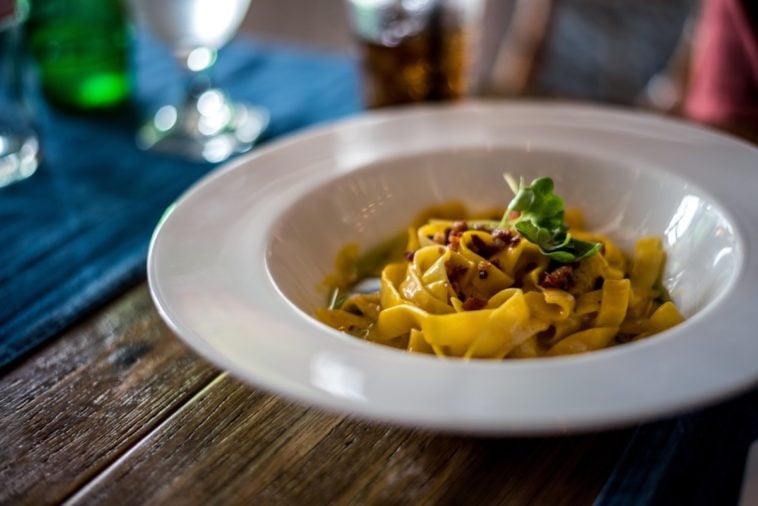 Pasta is all kinds of wonderful. It’s delicious, versatile and according to a new study, it is even linked to weight loss.

Coincidentally, we take all weight loss studies the exact same way we take our pasta – with a pinch of salt.

This particular study comes from researchers at St. Michael’s Hospital in Toronto, Canada. The ‘insight’ comes down to the carb-intense grub’s relatively low glycemic index (GI).

The GI checks how quickly certain foods affect blood sugar rates. Low GI foods are generally seen as good and they include all your usual healthy stuff, like veg and lentils.

Meanwhile, your high GI foods are the ones you usually actually want to eat. We are talking bread and potatoes… you know, the tasty stuff.

The researchers basically put together a trial where participants ate pasta instead of other forms of carbohydrates. It found, if eaten in reasonable portions, then pasta wouldn’t contribute to increased fat levels or weight gain. In fact, the participants actually lost weight.

According to the authors, the key to this study is that low GI foods keep you full for longer, so your cravings are limited. The fact that pasta has a lower GI than bread was a big bonus.

It’s probably fair to note that pasta was eaten as part of a healthy diet in these cases. If you go out and make a gigantic spaghetti dish and eat the whole thing yourself, you’re probably not going to have the same level of weight loss as those who took part in the study.

Generally speaking, a good plan is to keep the word ‘moderation’ in mind. Following fad diets is rarely, if ever, a good idea.

If you need to lose weight (and you probably don’t – you’re gorgeous!), then the plan of eat slightly less and exercise slightly more is always a good one.