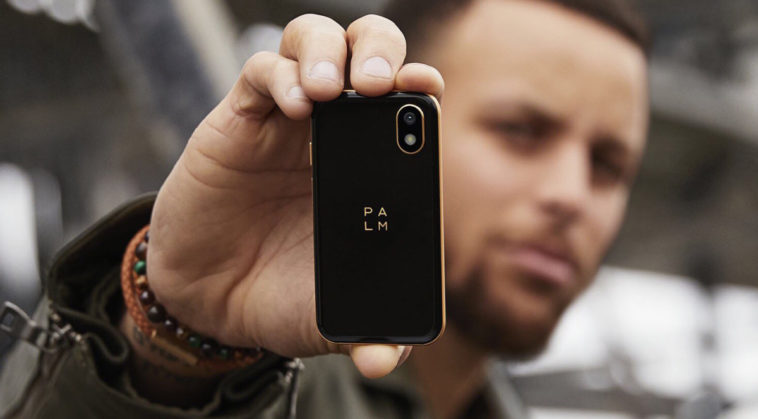 Just a year after purchasing the naming rights to ‘Plam’, a San Francisco-based startup is launching a new, minimalist smartphone under the same name.

The tiny 2 x 4-inch phone is not much larger than a credit card, though coming in at 0.3-inches, it’s much thicker. Despite its small frame, which literally fits into your palm, the upcoming device is fully loaded with Andriod 8.1, and an impressive 3GB of RAM, 32GB of storage, and a Snapdragon 435 processor – all sandwiched between ultra-durable Gorilla Glass 3.

The 3.3-inch LCD packs roughly 445 pixels per inch, while the rear camera captures 12MP shots and the front-facing camera is rated at 8MP. The entire device is powered by a teensy 800mAh battery.

Following the lead of a creative team headed by NBA superstar Steph Curry, Plam is pushing its latest phone as a minimalist device that owners can use to ‘detach’ from their main device. Or as The Verge puts it, the Palm is ‘a sidecar for your phone’. In fact, it won’t even be sold as a standalone device. The only way you can purchase the phone is through Verizon as an add-on – much like a smartwatch.

As researchers continue to learn more about society’s addiction to mobile technology and the negative side effects therein, more and more people are taking it upon themselves to recognize and break their digital dependency.

In recent years, a number of companies have entered the so-called ‘dumbphone’ market in an attempt to win over individuals looking for simpler, more straightforward options. Plam is hoping that its cutesy, nostalgia-laden phone will be the go-to device in this burgeoning market.

Sources say Verizon plans to go ‘all out’ with its marketing for the Palm. Subscribers who purchase the phone will be able to access their text messages and calls through Verizon’s ’NumberShare’ program. And while there’s nothing stopping iPhone users from using the Palm as an extension device, sources say it won’t have access to iMessage.

According to sources, the phone is expected to retail for $350 and will hit shelves starting next month.