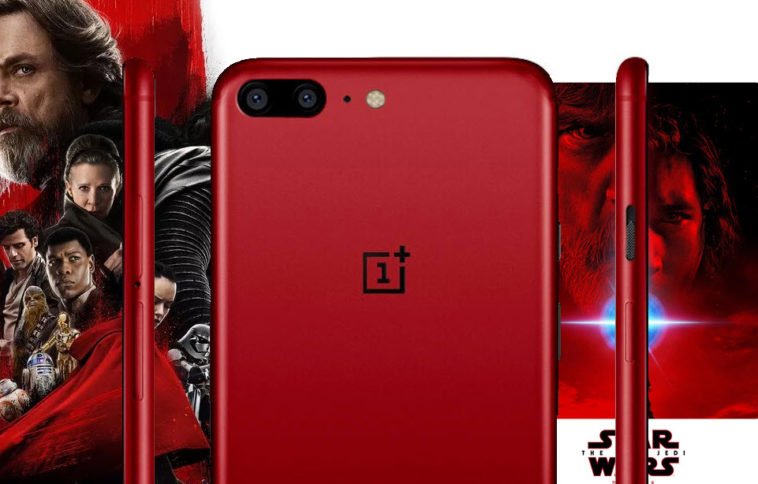 Barely a few days after it released a new Lava Red color variant of the OnePlus 5T in the company’s home turf, Chinese smartphone maker OnePlus is rolling out another limited edition variant of the handset. This time it’s aimed at Star Wars fans.

The Star Wars limited edition variant flaunts a white color scheme along with the red Star Wars logo embedded at the back. The Stormtrooper on the device’s homescreen also hints that it might include some kind of software optimizations.

However, the Star Wars-themed OnePlus 5T doesn’t add anything new under the hood. That means you will get the same 18:9 aspect ratio on the 6.01-inch Full HD display sporting a pixel resolution of 2160 x 1080. Much akin to the original OnePlus 5T, the Optic AMOLED display is neatly tucked into the ultra-thin bezels.

The company plans on extending the handset’s availability to India on December 14, just a day prior to the release of the theatrical release The Last Jedi.

OnePlus will mark the launch of the Star Wars-themed handset by hosting an event in Mumbai on December 14. The tickets for the event are available on PayTM with each ticket priced at $15 (INR 999).