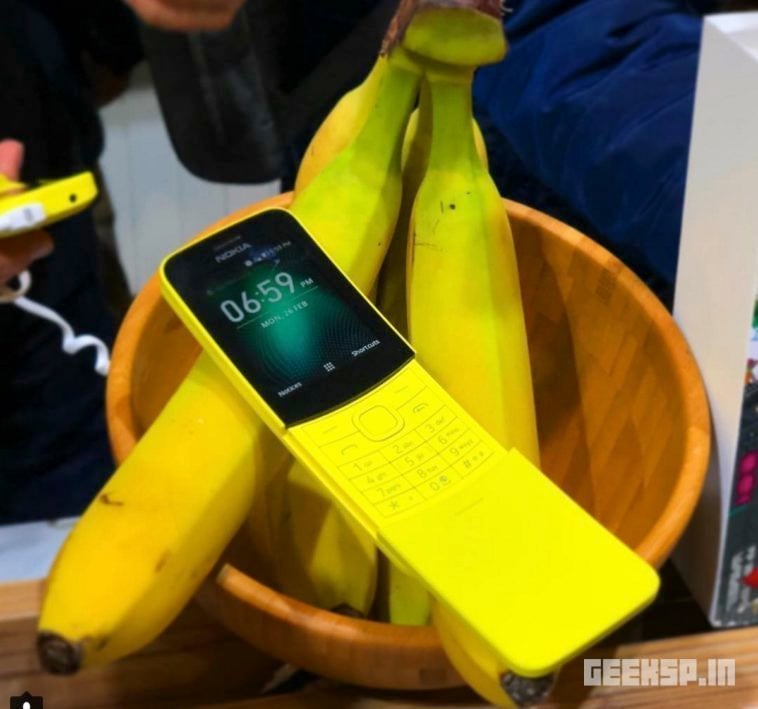 Everything old is new again. Tamagotchis, the movie Point Break and Jason Priestley’s acting career are all 90s throwbacks that probably shouldn’t have gotten a reboot.

The Nokia 8110 on the other hand, is one that definitely is a welcome return. The cellphone, which was first released in 1996, was the envy of other less stylish brick-like models of the time. It was a phone of the future – thus, we are not overly surprised to see Nokia give it a full reboot.

The sliding ‘banana’ phone was at the height of its fame when it appeared in the 1999 Keanu Reeve’s movie, The Matrix. In a scene which will remain in the heart of movie buffs everywhere, Keanu’s character drops the phone from a skyscraper.

Now HMD Global, the company who currently operates the Nokia brand, wants to rekindle our love affair with the 8110, just like they did with the 3310 last year.

This reboot will come with a few new bells and whistles though, because it is 2018 after all. The 8110 will have an OS created by KaiOS celled “Smart Feature OS” and it will also have 4G. Facebook and Twitter will be available, as well as a point of access to Google Maps and everything else you would expect from a basic smartphone. But don’t expect a touchscreen, because there is none here.

Most importantly though, the 8110 will come with Snake. So you’ll finally get that chance to beat that top score you set in November 1999.

If all this sounds intriguing to you, then worry not as the 8110 will be available for just $96.