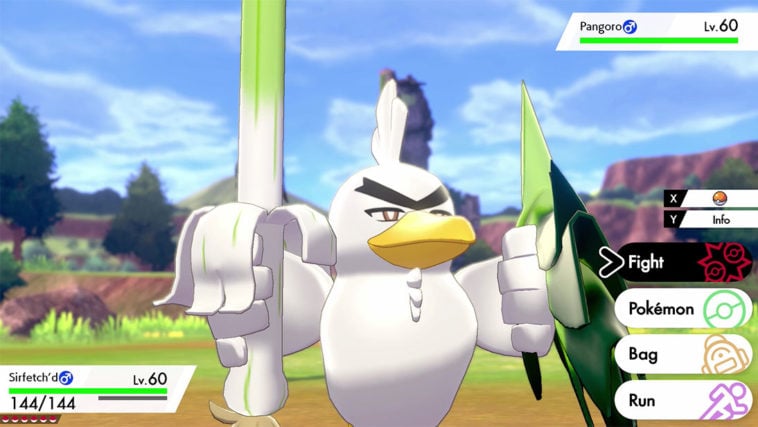 With Pokemon Sword and Pokemon Shield’s release date growing closer and closer, Nintendo is keeping up the hype for the 8th generation game by steadily releasing all types of new information. The latest being of an upcoming new Galar Pokemon named Sirfetch’d.

Sirfetch’d (In Japanese, Negiganaito) is the Galar evolution of the Kanto Pokemon, Farfetch’d, and it will be exclusive to Pokemon Sword. It has some similarities to its Kanto counterpart but is white and has a rounder body. It still holds a leek for a weapon but Sirfetch’d’s leek is longer and, in keeping with the Galar theme, it’s shaped to look like a lance. Observing closely, it looks like the top of the leek has been cut off and sharpened and the part that has been cut off has been fashioned into the shield it is wielding. 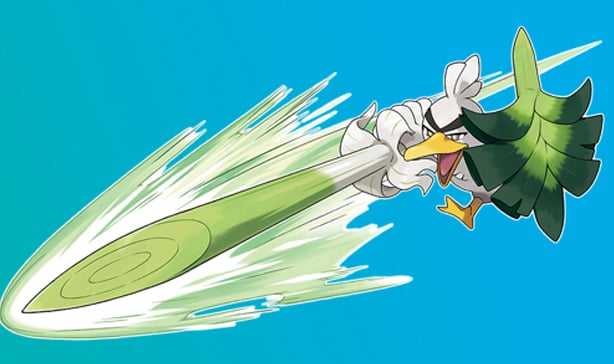 An official description of Sirfetch’d says that “Farfetch’d that inhabit the Galar region can evolve into Sirfetch’d after experiencing many battles.” In its intro video, they also introduce him as a fighting type with a special Steadfast ability as well as an exclusive move called Meteor Assault.

Sirfetch’d adds to the number of familiar Pokemon with Galar versions such as Weezing, Zigzagoon, and their evolutions. With these, we’re slowly growing closer to seeing the full Galar Pokedex.

Pokemon Sword and Pokemon Shield will be released on November 15th, 2019, and it will be exclusive to the Nintendo Switch.