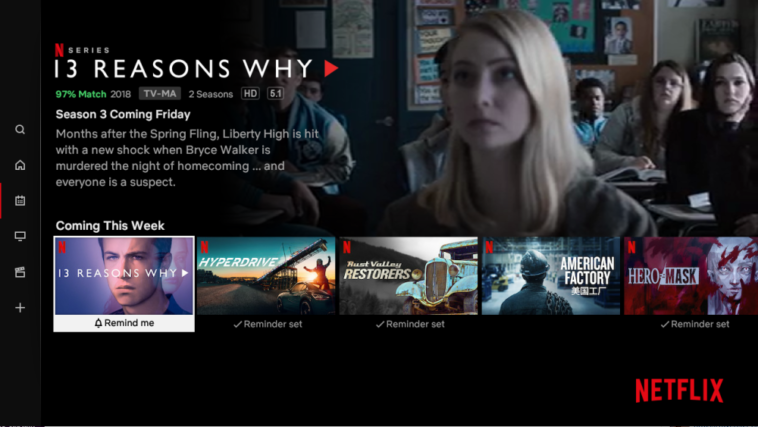 Netflix has added a new section that features TV shows and movies that are set to be released within the next two weeks. The ‘Latest’ section will also allow users to set a reminder for each of the shows that they’re interested in, which will then pop up as soon as the content is available.

The ‘Latest’ section will be tailored to a user’s specific tastes and recommendations. Alongside information about the series or film, a trailer will also be included, similar to many other sections on the streaming platform.

That said, the ‘Latest’ section doesn’t seem to be coming to mobile devices just yet. Instead, it’s been announced that it will be available on smart TV’s, game consoles, and streaming devices only. This is likely because the Latest section functions in much the same way that Netflix’s “coming soon” section does on its mobile app.

In any case, this new addition is something that Netflix users have been requesting for quite some time now. For the past several years, viewers have had to rely on the ‘Trending Now’ and ‘New Releases’ sections of the service to find new content. This often led to many people overlooking shows and films that they may otherwise have been interested in. Fortunately, the new ‘Latest’ section avoids this and provides a much more user-friendly approach to content discovery.