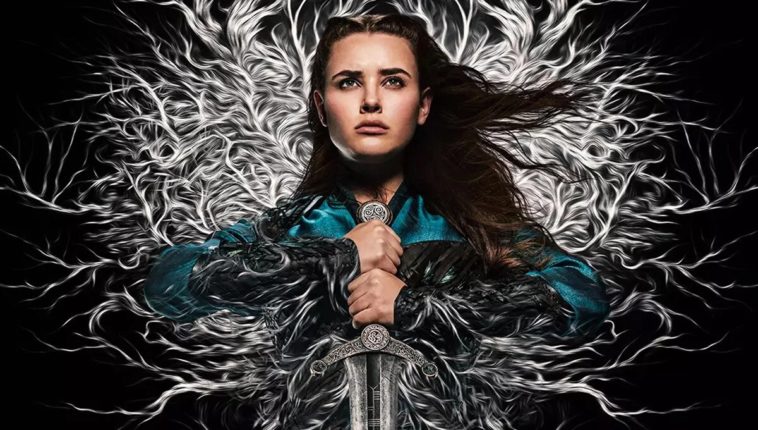 Netflix look to have stepped into the breach in an effort to fill the Game of Thrones-sized hole in the lives of fans of fantasy television, with The Witcher becoming one of the streaming service’s most popular original shows ever and Warrior Nun debuting earlier this year to widespread enthusiasm and a quick second season renewal. The third of Netflix’s heavy-hitting fantasy trifecta arrived in July, and Cursed quickly shot towards the top of most-watched lists around the world.

Based on Frank Miller and Tom Wheeler’s illustrated novel of the same name, Cursed tackles the familiar Arthurian legend from a different angle. In this version, the future King is a supporting character, while future Lady of the Lake Nimue takes center stage. Part origin story, part reinvention of the classic tales with a helping of postmodernism thrown in for good measure, the sword and sorcery epic’s first ten episodes neatly set out both the show’s stall and the central premise.

A coming-of-age story with a fantastical medieval spin, Cursed features many of the supporting characters and story beats found in the standard Arthurian mythology, but avoids falling into formula by approaching the narrative from a fresh and unique perspective. Nimue becomes a symbol of hope among the various races living under the tyrannical rule of King Uther and his Red Paladins, while Merlin is re-imagined in the much younger and more eccentric form of Vikings’ Gustaf Skarsgard, who promptly steals every single scene that he’s a part of in what is easily Cursed’s breakout performance.

That being the said, the cast is solid across the board, with Katherine Langford continuing to build on her reputation as one of the fastest-rising young talents in the industry, and based on the early popularity of Cursed it would appear that the 24 year-old Australian actress brought a lot of her 13 Reasons Why fanbase with her as she followed up her Golden Globe nominated role as Hannah Baker with an entirely different kind of Netflix original series.

Devon Terrell’s Arthur makes for an engaging companion that generates plenty of chemistry with the leading lady, while the always welcome Peter Mullan shows up to do what he does best as the fanatical, slimy and all-round evil founder and leader of the church-affiliated Red Paladins.

Cursed became the most popular title on Netflix the very same weekend it was released, which bodes well for the show’s future, especially when fans were left infuriated that the first batch of episodes ended on a cliffhanger, which is always a dangerous game for a new series to play in the event that things don’t work out in the long run.

Although it hasn’t officially been confirmed yet, all signs point to Cursed being renewed for a second season in the not too distant future. After all, Netflix are desperate to expand their portfolio of in-house originals as the streaming wars continue to heat up, and as one of the biggest streaming exclusives in a year full of them, Nimue’s tale is almost inevitably set to continue for at least a while longer.