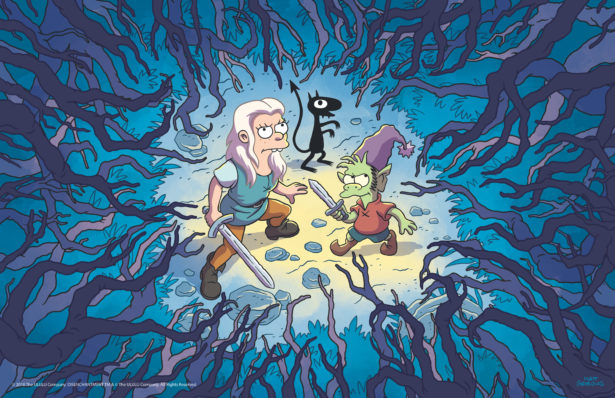 A princess, an elf, and a demon walk into a bar… and we’re pretty sure none of them wants to watch any of the new episodes of the Simpsons.

The first eight series of it changed comedy forever and for that, we will forever be grateful to Matt Groening and co.

However, since then it has been on a gradual decline, with some of the episodes nowadays being so bad that you are laughing at the writers, not the writing.

Fortunately for fans of its better parts, its creator Matt Groening has made plenty of other great stuff that will help scratch that Springfield-related itch whenever it hits. 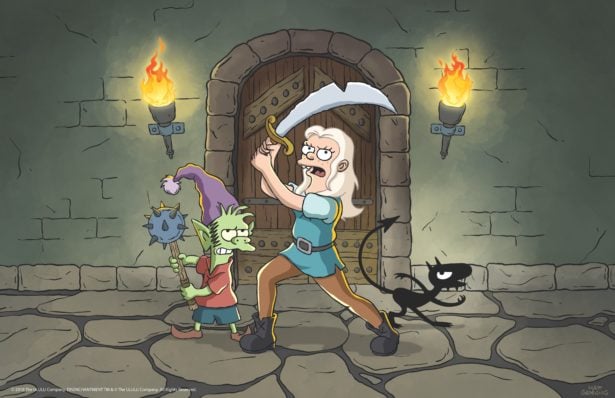 Futurama was absolutely brilliant in its heyday and going back and re-watching that is always fun.

And now, there is a new show from Groening entitled Disenchantment, which might be worth getting excited for.

The show, which was announced all the way back in 2016, is a collaboration with Netflix and the first pictures from it have finally been released.

A princess, an elf, and a demon walk into a bar…

Netflix has also given a date for the release of Disenchantment, with August 17th being sighted as the day it will stream to the site for the first time.

The pictures reveal quite a bit; it has been drawn in a similar fashion to the Simpsons and looks far more like that show than Futurama ever did. 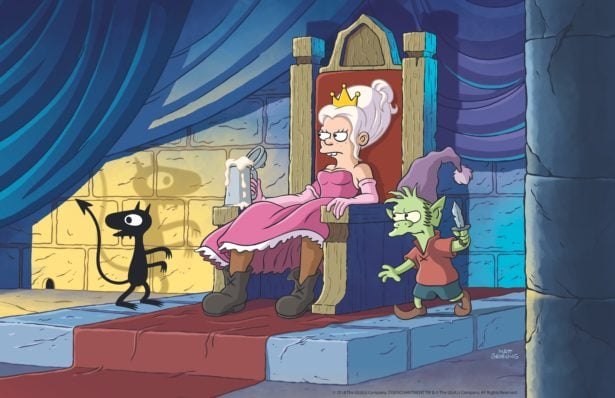 It looks as though it is set to take inspiration from Groening’s original creations, as well as the likes of Game of Thrones and other fantasy shows.

The first run of the show will be 20-episodes long and some familiar voices are in the cast – expect to hear Futurama favorites Billy West, John DiMaggio, and Maurice LaMarche. 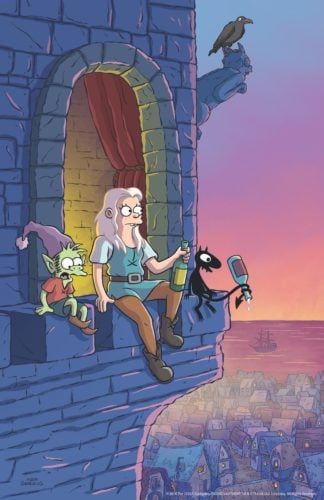 We are hoping that there is not a spider-pig in sight.