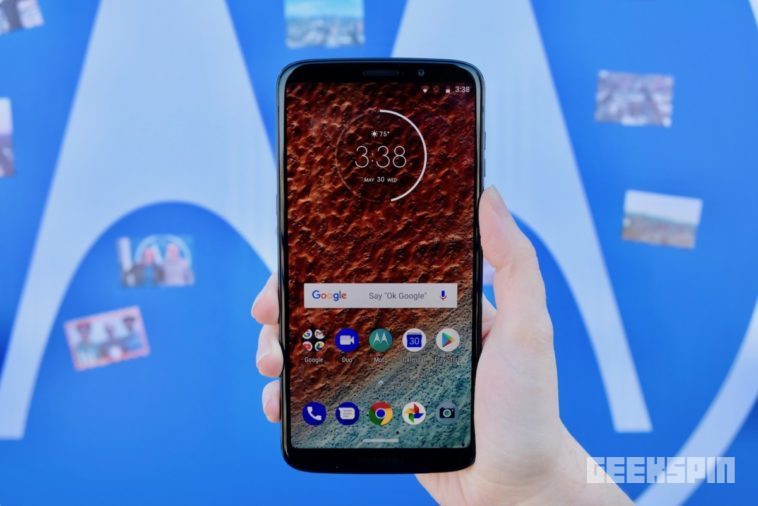 Flagship features for less, that’s the hot new smartphone trend, so it’s no surprise that Motorola’s latest phone is just that; competition for the OnePlus 6. For $499, the new Moto z3 Play packs in a 6″ edge-to-edge display.

The display on the Moto z3 Play is a full HD Super AMOLED display with an 18:9 aspect ratio. This display offers 13 percent more screen area and more pixels than the previous generation model, which otherwise strutted the same physical dimensions. Motorola has managed to accomplish this in part by moving the fingerprint sensor to the side of the phone, which is actually quite ergonomic to use. They’ve also kept their One Nav solution as a simple gesture-based bar at the bottom of the screen.

The body of the Moto Z3 Play itself is made from a combo Corning Gorilla Glass and lightweight aircraft-grade aluminum. Indeed, the phone feels quite lightweight to hold in your hand. This is because Motorola has made a concerted effort to keep the device’s weight down so that the moto mods don’t end up making the device too heavy.

Also new to the phone is the inclusion of dual cameras – specifically a 12MP and 5MP camera with offer depth-censing features. The camera comes with Google Lens support built in and fun Cinemagraphs. Meanwhile, the front-facing 8MP camera can manage portrait mode on its own.

Under the hood, the Moto Z3 Play is powered by a Qualcomm Snapdragon 636 processor. Motorola says that the Z3 Play’s performance is 30 percent faster than the Z2 Play. And aside from the performance bump, the phone now supports Cat12 LTE with support for 700mbps.

If you own Moto Mods, don’t worry – all of your old Moto Mods will work with the new Moto Z3 Play. Some of the newest Moto Mod additions include an Alexa smart speaker and the Print Polaroid mod, which lets you print photos straight from your phone on the go.

Updated 6/21/18: The Moto z3 Play is available now for pre-order on Motorola.com, Best Buy, B&H Photo and it will be available as a Prime Exclusive Phone on Amazon.com.