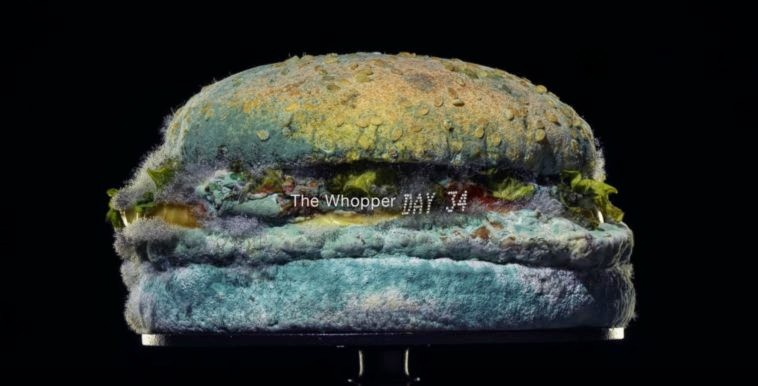 Starting today, Burger King will begin a new ad campaign to highlight its decision to rid artificial preservatives from its ingredients. Named “The Moldy Whopper” campaign, the stomach-churning ad flies in the face of traditional fast-food commercials, showing a time-lapse of a Whopper as it sits rotting over several weeks.

Chief marketing officer, Fernando Machado says “[t]he idea is the beauty of real food is that it gets ugly.” So rather than a run-of-the-mill “better ingredients” ad blitz, Machado and his collaborators decided on a “shock and awe” campaign. Had BK chosen the safe option, it’s unlikely that outlets would have picked up on its preservative-free crusade – so Machado and company deserve kudos for that. However, given the awfully grotesque nature of the campaign, it’s difficult to see how the ad will drive increased demand for the Whopper.

So far, hundreds of Burger King locations throughout Europe and the US have stopped using artificial preservatives. The company says all US locations will be preservative-free before 2021.