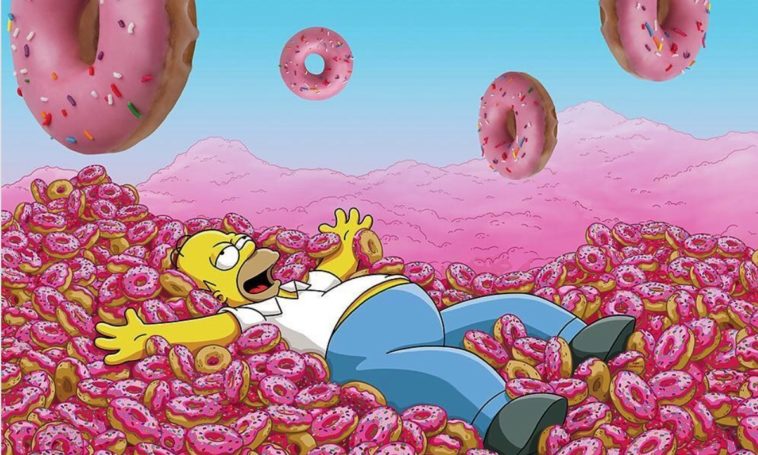 When Krispy Kreme announced that they were releasing a new Simpsons treat, our first thought was – ‘we hope that they don’t keep it around well passed the point when its original fans don’t want it anymore.’

Inspired by Homer’s love of all things glazed, the appropriately named ‘The Simpsons D’ohnut’ is a donut that is just as indulgent as some of the writing on the latter seasons of the show.

It will be dipped in white chocolate truffle with strawberry flavor, and topped with rainbow sprinkles. It really does look the part.

It looks exactly like the treats that Homer has been devouring on the show since it aired its first episode 1989. It even comes with packaging that shows Homer lying down on a bed of tasty doughnuts, which is no doubt meant to represent his idea of heaven.

However, it’s not all good news for Simpsons fans as this item is only available in Australia at the moment.

Thus, if you want one of these bad-boys and are not in Austrailia, then you’ll have to pop down to your local Kwik e Mart to buy the ingredients to make them yourself.

If you so happen to be in The Land Down Under though, then you’ll be able to get a ‘The Simpsons D’ohnut’ in your local Krispy Kreme or 7-Eleven from April 30.