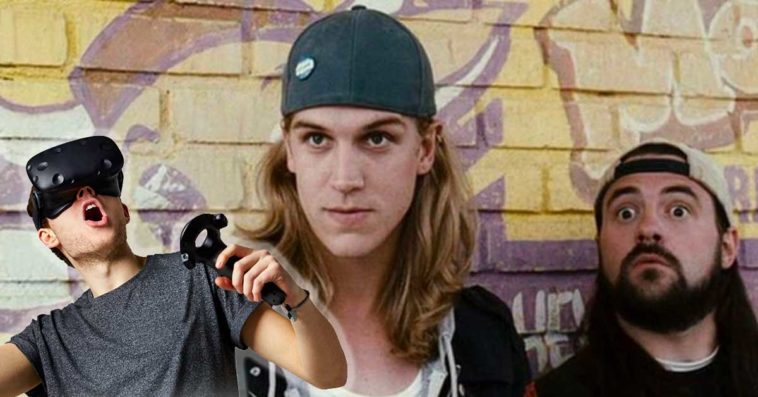 It will take far more than a massive heart scare to keep Kevin Smith down. The actor, director, writer and podcaster may have had an almighty health scare earlier this year, but that hasn’t stopped him from pursuing the next project in what has been a stellar career (let’s just pretend Yoga Hosers never happened). According to reports, the project in question is a new series that will bring back two of Smith’s most popular characters, Jay and Silent Bob.

This series isn’t going to be made in the traditional way. Instead, it’s going to be part of part of STXsurreal’s new VR sate and will premiere on the Surreal channel, which will launch as an app on VR headsets in mid-2018.

You won’t get an IMDb credit, but you can’t have everything, right?

However, you will get to virtually hang out with Jason Mewes’ character, Jay. It has yet to be announced whether or not there will be any virtual blunts.

This was given the working title of the ‘Jay and Silent Bob Reboot.’ According to several sources, the movie will see the pair trying to stop Hollywood from rebooting the “Bluntman and Chronic” movie.