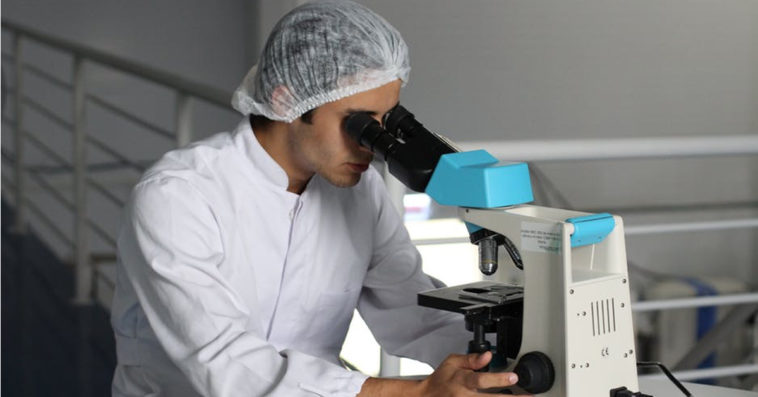 A small group of Israeli scientists is claiming that they will have the first complete cure for cancer within a year.

According to The Jerusalem Post, the new cancer treatment is being developed by Accelerated Evolution Biotechnologies Ltd. (AEBi), a development-stage biopharmaceutical company based in Ness Ziona, Israel.

“We believe we will offer in a year’s time a complete cure for cancer,” said Dan Aridor, chairman of the company’s board. “Our cancer cure will be effective from day one, will last a duration of a few weeks and will have no or minimal side effects at a much lower cost than most other treatments on the market. Our solution will be both generic and personal.”

Aridor and AEBi CEO Dr. Ilan Morad said that their treatment, called MuTaTo (multi-target toxin), is like a cancer antibiotic. To better explain the concept of MuTaTo, Morad likened it to the drug cocktail that has helped transform AIDS from being an automatic death sentence to a chronic yet manageable disease.

MuTaTo employs a combination of cancer-targeting peptides — compounds of two or more amino acids linked in a chain — and a toxin that kills cancer cells. According to AEBi, cancer patients would likely be able to stop the treatment after several weeks of use and do not need a drug cocktail throughout their lives.

Though the treatment has yet to be tested in humans, Aridor said it is nearing the stage of clinical trial after it has shown success in mice trials.

While AEBi appears to be very optimistic about its claims, some cancer experts in America can’t help but question the company’s assertions.

“Cancer is multiple diseases, and it is highly unlikely that this company has found a ‘cure’ for cancer any more than there is a single cure for infections,” Dr. Ben Neel, director of Perlmutter Cancer Center at NYU Langone Health, told The New York Post of AEBi. “More likely, this claim is yet another in a long line of spurious, irresponsible and ultimately cruel false promises for cancer patients.”

In blog post published on Cancer.org, Dr. Len Lichtenfeld, chief medical officer of the American Cancer Society, wrote that AEBi’s treatment is “far from proven as an effective treatment for people with cancer, let alone a cure.” Lichtenfeld also pointed out that the Israeli team’s research has apparently not been published in any scientific literature yet, so there’s no way for other scientists to review, support or criticize the results of their works.

But in an interview with The Times of Israel, Morad argued that AEBi opts to use its limited funds to do more research rather than publishing their study in medical journals. “Publishing an article takes a lot of effort and a lot of funds, and this we can’t afford,” Morad explained. “[But] if we were a big company with a lot of funds that would be the first thing we would do.”

While some news outlets expressed their doubts about AEBi’s claims in a subtle way, Wired published a bold article, calling the cancer cure story “bogus and tragic.” Wired wrote that the baseless cancer cure story was somehow validated after huge media agencies picked it up to exploit it for clicks. And since misinformation spreads faster online especially when it comes to news about progress in health, Wired wasn’t surprised that the cancer cure fake news has reached a lot of people.

“Positivity looms larger in deciding both what to read and what to share,” wrote Hyun Suk Kim, a communications researcher at Ohio State University, in one study of how health news stories get shared through social networks. So as much as everyone is hoping for a complete cancer cure to be developed as soon as possible, the sad truth is it won’t be coming within a year.