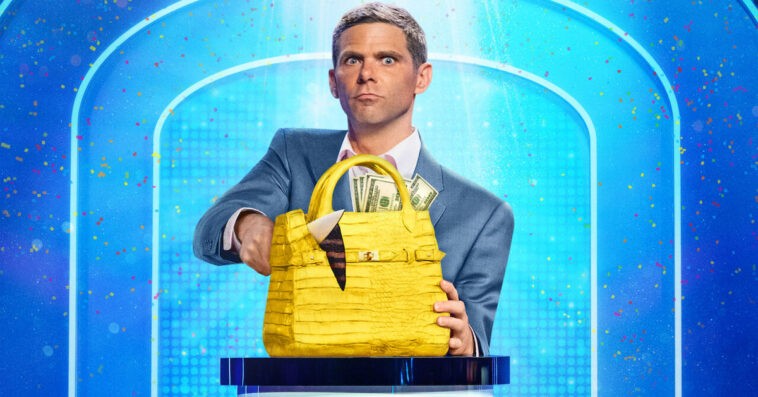 Another season of Is It Cake? is coming to Netflix.

On Thursday, the streaming giant announced that it has renewed the baking competition series for a season 2.

Is It Cake? has been renewed for a second season!

While it’s a bizarre watch for some, Is It Cake? resonated with a lot of people when it premiered last March. According to Netflix, the eight-episode season 1 of the show spent four weeks in Netflix’s top 10 English TV list and reached the top 10 in TV in 75 other countries.

Is It Cake? Netflix series

Based on viral videos, photos, and memes on social media where ordinary objects ended up being cakes when cut, Is It Cake? is a game show-style cooking competition series, in which master bakers work to create hyper-realistic cakes that look exactly like everyday objects. The cakes are then presented before a panel of celebrity judges along with an array of actual objects to see if the judges can tell which of them is in fact cake. If the bakers are able to successfully fool the judges, they win a cash prize.

“Like everyone else, we were seeing those social media posts and were entertained by them. Then we literally brainstormed the show,” Dan Cutforth, who co-created the series with Jane Lipsitz, previously told Netflix TUDUM. “On the very first call, Jenn Levy [VP, Nonfiction at Netflix] just loved it, and next thing you know, we’re doing the show. So, it came together incredibly quickly and unusually so.”

Is It Cake? host

Saturday Night Live star Mikey Day hosted the eight-episode season 1 of the show. Day is expected to return as the presenter for season 2.

Is It Cake? judges

Each episode of the show’s season 1 featured three celebrity judges, so the series’ entire freshman run had a total of 24 judges, including Karamo Brown, Finesse Mitchell, Fortune Feimster, and Loni Love, among several others. Season 2 will introduce a new roster of judges.

Is It Cake? contestants

Eight master bakers competed in season 1. While only one contestant emerged as a winner at the end of each episode, the show didn’t eliminate any of the master bakers, letting all of them stay throughout the season and observe even if they are not competing in a certain episode. There’s no word yet whether season 2 will retain the number of contestants or will increase or cut the number of competing master bakers.

Is It Cake? season 2 release date

Netflix has yet to announce a release date for Is It Cake? season 2.

Is It Cake? trailer

Haven’t seen the series yet? Check out the trailer for the show’s season 1 below: