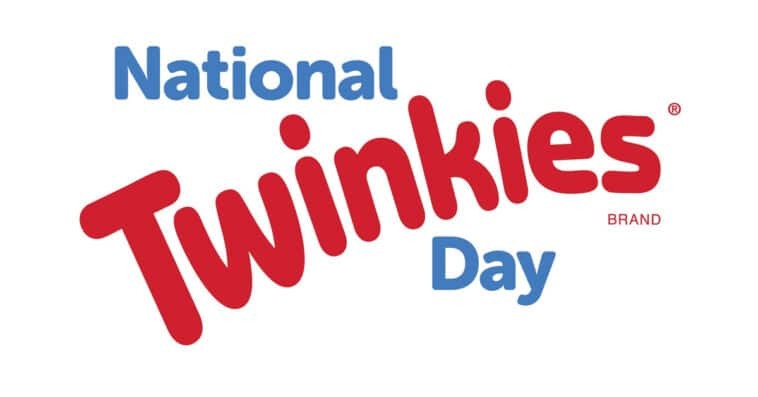 Hostess Brands is celebrating this year’s National Twinkies Day with a Twinkies giveaway.

The bakery company announced earlier today that it is teaming up with delivery company Gopuff to give fans free Twinkies on National Twinkies Day on Wednesday, April 6th.

How to claim free Twinkies on National Twinkies Day

Fans who use the code FREETWINKIES22 at checkout on the Gopuff app on April 6th will have the chance to receive a free two-count package of Twinkies, limit of one per Gopuff account and subject to local availability.

“Twinkies are a beloved snack brand and have been for generations,” Christopher Balach, general manager of Hostess Brands, LLC, said in a press release. “That’s why we take great care to ensure that the taste and quality of each pack of Twinkies exceed fans’ expectations. In celebration of National Twinkies Day and to show our appreciation, we’re delighted to offer fans free Twinkies through our partners at Gopuff.”

A Twinkie is described as a “golden sponge cake with a creamy filling.” Today, Twinkies are available in four regular flavors, including classic, mixed berry, banana, and chocolate, along with a number of limited-time seasonal flavors. Twinkies come in three convenient sizes: a two-count single-serve, a 10-count multi-pack, and a 16-count family pack.

Twinkies were invented by James Alexander Dewar in Schiller Park, Illinois, on April 6th, 1930. A Canadian-born baker for the Continental Baking Company, Dewar noticed that several machines used for making cream-filled strawberry shortcakes sat idle when strawberries were out of season, so he conceived a snack cake filled with banana cream, which he dubbed the Twinkie. The inspiration for the name Twinkies came from a Twinkle Toe Shoes billboard that Dewar saw on his way to show off his idea.

During World War II, bananas were rationed and the company was forced to switch to vanilla cream, which proved popular. Though the original flavor was occasionally found in limited-time-only promotions, the company used vanilla cream for most Twinkies.