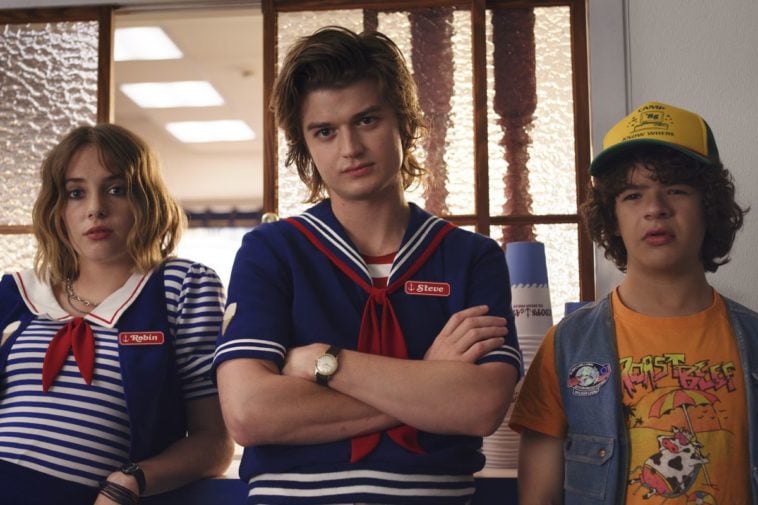 Many employees often want to kill time at work by watching Netflix, Youtube, or other streaming services. This presents a potential problem however since no one wants to have to keep looking over their shoulder to see if their boss is lurking around. Fortunately, Netflix Hangouts, which is a Chrome extension, is ready to come to the rescue.

Netflix Hangouts disguises Netflix as a four-way Google Hangouts call. Netflix Hangouts is available as a Google Chrome extension and was released by Mschf Internet Studios, which has released some notable software and curiosities in the past few years. Among these was a Slack channel that offered users $1,000 if they correctly guessed each word of the day. Unfortunately, Slack quickly shut down the unique channel, and it’s unclear as to how many people actually won the prize money. When it was available, the Slack channel immediately picked up attention from news organizations, which may explain why Slack was so quick to act on it. The developer noted that they created the channel because they were “just trying to keep the internet a fun place.” 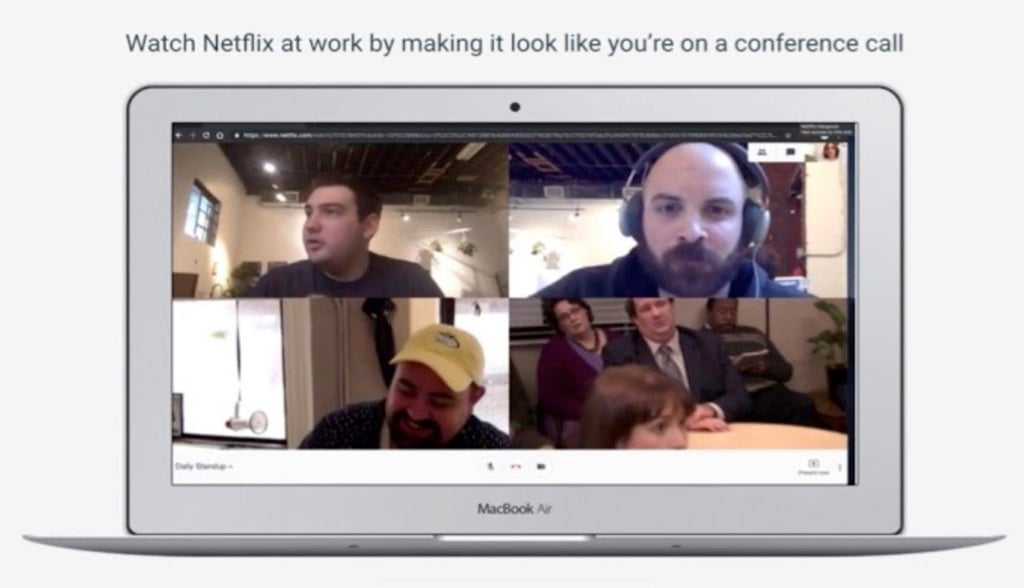 Mschf Internet Studios also previously released Tabagotchi, a version of the well-received Tamagotchi which instead slowly killed a user’s virtual pet with each new tab opened.

Netflix Hangouts is the latest in a long line of apps that allow users to kill time at work. In recent years, there’s been a service that makes Reddit look like Outlook; there’s also an extension that makes Twitter look like Slack.

If you decide to use Netflix Hangouts, proceed with caution; it’s possible that some coworkers may notice that you’ve been on the same conversation for hours on end.