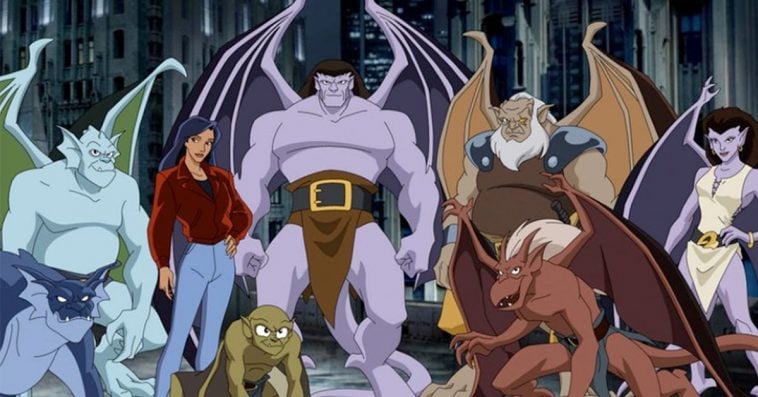 A few hours after Disney+ went live in the wee hours of Tuesday morning, a number of classic Disney shows went trending on Twitter, and one of those was the animated series Gargoyles.

A lot of fans tweeted about watching the show while growing up and still enjoying it several years later.

Watching Gargoyles and honestly? It's still SO good and well written, and Demona truly was THAT B I T C H pic.twitter.com/3uS52Q4lnc

If you don't hear from me for a few days, I'm busy reliving my early childhood. #DisneyPlus #Gargoyles pic.twitter.com/wMzEHRv1d8

Seeing Gargoyles on Twitter’s trending list also convinced some fans that it’s about time to revive the beloved series created by Greg Weisman.

So glad to see #Gargoyles trending on day one – give me an animated reboot or live action adaption ASAP, mouse. pic.twitter.com/eX7I86F9Oi

No cartoon has owned my heart like that one does to this day. Plus the world needs more Elisa Maza. pic.twitter.com/swxUoWm3ti

Much to fans’ delight, Weisman himself is down for a revival. In fact, in a couple of tweets, Weisman encouraged fans to use the hashtag #KeepBingingGargoyles on social media to let Disney and the rest of the world know how many people would love to see a new Gargoyles project. Weisman even reminded everyone that this is exactly how the animated series Young Justice was brought back to life.

We [can] Live Again! #KeepBingingGargoyles on #DisneyPlus!! This is exactly how the #YoungJustice fandom brought YJ back. It can happen to #Gargoyles too!

In no time, Gargoyles fans started to support Weisman’s Twitter campaign and began tweeting about their ideas for a potential revival.

Here I am, minding my own business, contemplating space dust & whatnot, when #KeepBingingGargoyles starts trending because the creator @Greg_Weisman wants to make more. Forcing me to stop, encourage this trend & act, & yell at @Disney & poor Greg: IT'S ABOUT F*CKING TIME. pic.twitter.com/DwXrA1CLQD

#KeepBingingGargoyles! It's time we wake them from their slumber again.

So we can get a live action movie trilogy! #KeepBingingGargoyles

While Gargoyles lead star Keith David has yet to join the Twitter campaign, the Emmy-winning voice actor expressed his interest in coming back for a new Gargoyles project in an interview with ComicBook.com last September.

“You know, those of us who were involved from the beginning… I’ve always wondered why they stopped it in the first place,” David said of Gargoyles that ran for three seasons from 1994 to 1997. “[We’ve also wondered] why we haven’t come back to a reboot. I mean, I would love nothing more than to revisit Goliath. He was absolutely one of my very, very, very, very favorite characters. I’ve always maintained that when I grow up, I want to be like Goliath.”