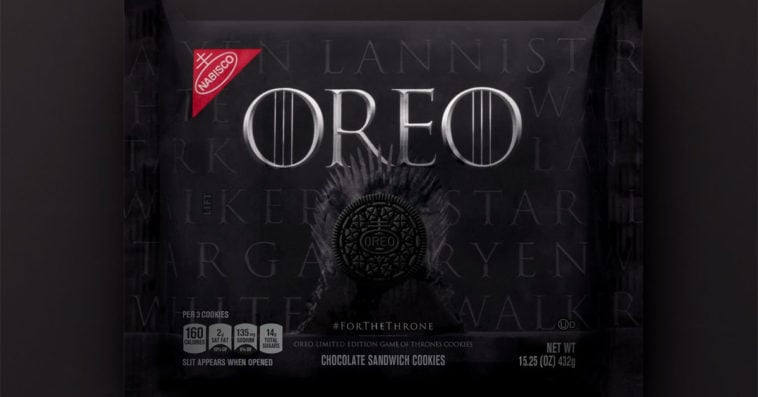 The special Game of Thrones-themed Oreos are finally hitting the shelves this coming week.

These limited-edition chocolate sandwich cookies inspired by the hit HBO series come in four different designs: House Stark, House Targaryen, House Lannister, and White Walker. The cookies based on the prominent Houses of Westeros feature the families’ respective sigils: a direwolf for House Stark, a three-headed dragon for House Targaryen, and a lion for House Lannister. The White Walker cookie, on the other hand, features the face of the ominous Night King. 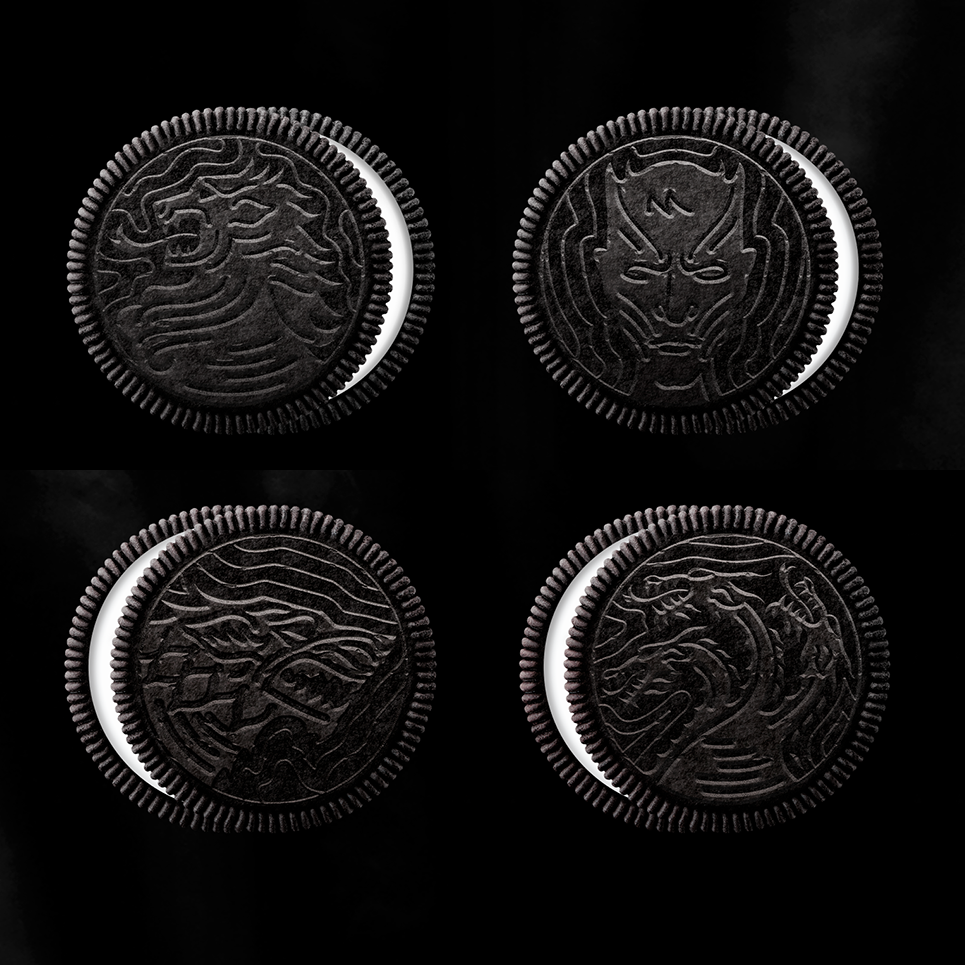 Though these Game of Thrones Oreos just taste like regular Oreos, the product’s unique packaging makes it look like a premium snack. The dark yet classy packaging spells out the word Oreo in the show’s iconic font style. The names Stark, Targaryen, Lannister, and White Walker are also spelled out in the packaging’s background.

To announce the upcoming arrival of the Game of Thrones Oreos, the cookie brand also released a video that recreate the opening sequence of the epic fantasy drama series using a total of 2750 Oreo cookies. The amazing clip was created by Elastic, the same studio company that made the show’s iconic title sequence.

“At Oreo, we are always looking for new ways to playfully tap into emerging trends and pop culture,” Oreo brand manager Kamila De Maria said in an e-mail to USA Today. Game of Thrones is one of the most talked about TV shows of a generation, so partnering with HBO was a great way to bring something unexpected to our classic cookie as a tribute to the show’s legacy.”

Oreo is also encouraging fans to pledge their allegiance to their favorite House of Westeros on Facebook, Twitter, and Oreo.com using the hashtags #GameofCookies and #ForTheThrone. In return, select fans will win prizes throughout the season.

The Game of Thrones Oreos will be available in all stores nationwide beginning April 8th, while supplies last. Meanwhile, the six-episode eighth and final season of Game of Thrones will premiere on HBO on April 14th.