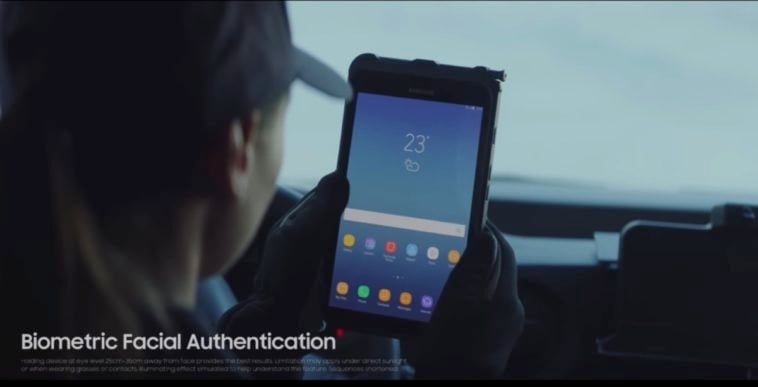 It has been quite some time since Samsung announced a new tablet. So much so that we were starting to wonder if they’re even making them any more. But Samsung’s latest tablet, the Galaxy Tab Active2, is not designed for consumers.

Instead, Samsung’s new tablet is made for factory workers, truck drivers, retail workers, and those enterprise workers who demand a seriously rugged device. The ruggedized Galaxy Tab Active2 has also been designed especially with mobile workers in mind – mobile workers who tend to work outdoors and in especially extreme conditions.

The new Galaxy Tab Active2 tablet meets the the military standard for durability for excessive pressure, temperatures, vibrations and drops. It’s also IP68 certified for water and dust resistance. The tablet purposely uses physical buttons, and its display can be used when wet. So yes, the Galaxy Tab Active2 can be used in the rain.

Samsung has thrown in a ruggedized S pen that is similarly IP68 water and dust resistant. Of course the S Pen is very useful in outdoor environments since it offers an alternative way to use the tablet when wearing gloves. Other features of the Galaxy Tab Active2 includes LTE, a replaceable battery, a 5MP front camera, an 8MP auto focus rear camera, a 1.6 GHz Octa-Core processor, and 3GB of RAM / 16GB of storage. The tablet can be unlocked using biometric facial recognition, which is again, very handy when using the tablet with gloves.

And because the device is targeted towards industries, Samsung has made the tablet very IT friendly by including Samsung Knox security, as well as integration with fleet management software.

The Samsung Galaxy Tab Active2 is priced at $420 and it is available to purchase now.

It’s also worth checking out the video ad for the tablet (seen above), which focuses on a woman in a role that we’re traditionally used to seeing men in. Kudos to Samsung for breaking gender stereotypes with this ad.