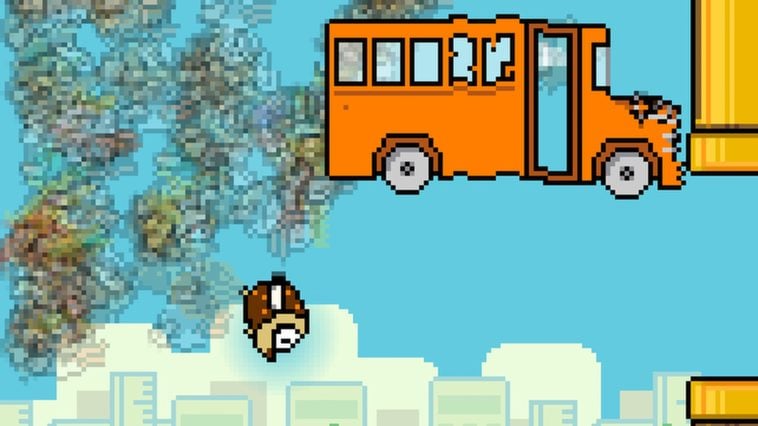 Flappy Bird has become one of the most popular mobile games of the past decade, which has in turn made it fertile ground for spinoffs and remodels. This has led to a variety of developers taking a large amount of inspiration to try to recreate a game that’s just as addictive. With the battle royale genre being almost as popular, it was only a matter of time before somebody mixed the two. The result: Flappy Royale.

The gameplay is just as simple, and possibly frustrating, as Flappy Bird; players will have to tap their bird to flap and dodge any barriers. In contrast to the original, Flappy Royale’s goal isn’t to last as long as possible, just to outlast 99 other players. To add a bit of flair to the title, all of the players start together on a bus, the natural choice for any competitive flyer. And similar to many other titles in the genre, the game features a last man, or bird, standing mentality. The game also allows a certain amount of customization to help differentiate a player’s character from the flock.

Flappy Royale was initially available as an open beta, but its official version is now available on both iOS and Android. During the three weeks that it was in beta, developer Orta Therox notes that the game was played close to 10 million times.

From the statistics that the developer released, it looks as though Flappy Royale is just as difficult and frustrating as its inspiration; roughly 20% of gamers didn’t get past the first pipe. While the game is available on both iOS and Android, it should be noted that the beta is still ongoing.