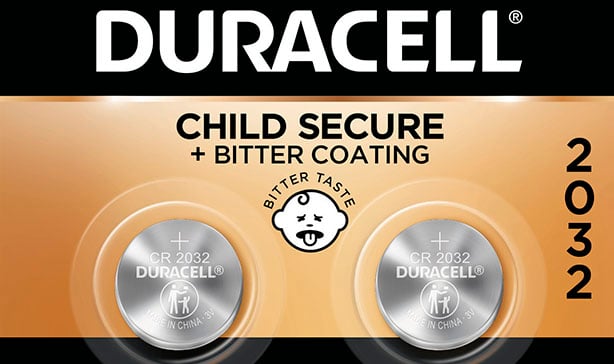 To adults, coin cell batteries are simply round silver things used to power a number of devices. But for kids? Well, apparently they look like tiny snacks that are meant to be eaten. To curb this nasty habit, Duracell has added a new coating to its coin cell batteries that will hopefully help in keeping it out of kids’ mouths. The company used bitter coating for the bottom of the batteries which reacts to saliva to produce a very unpleasant taste.

Chemical poisoning, which includes the intake of batteries, could take effect in as little as two hours. This could lead to serious and possibly fatal side effects which is why prevention is a much more practical approach.

Duracell says that coin cell usage remains extensive because of smaller devices, controllers or location trackers that are still highly present in the market. With this in mind, Duracell decided to place the bitter coating in its 2032, 2035, and 2016 size coin batteries. The company hopes this redesign will discourage children from ingesting these particular coin cell batteries.

This isn’t the first time an approach like this was used to keep tiny objects out of people’s mouths. Nintendo also uses a bitter coating on their Nintendo Switch cartridges that has the same effect when exposed to saliva. Users on the internet who had the courage to taste the cartridges describe the taste as terrible and insanely bitter. Though Duracell may have possibly used a different coating, it will undoubtedly have the same unpleasant taste.