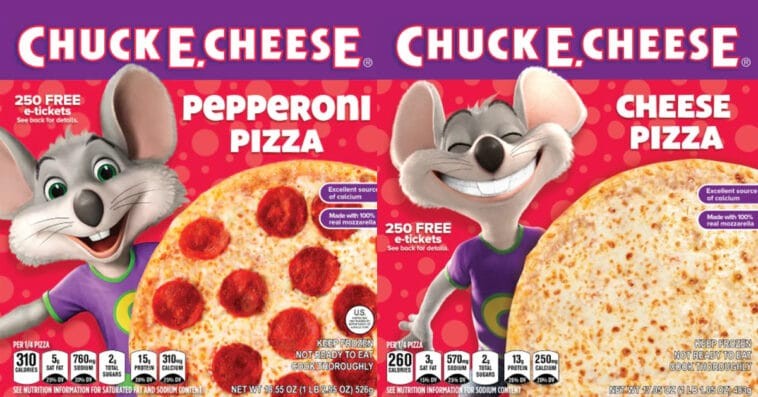 As revealed by Instagram user I Need a Snack this past weekend, Chuck E. Cheese is now selling frozen pizzas at Kroger.

As for its taste, I Need a Snack commented that it wasn’t bad at all. “Let’s keep in mind this is in fact Chuck E. Cheese and not an artisan local pizza. But that being said it wasn’t that bad,” the Instagram user wrote. “I personally think the cheese [variety] will be a big hit with kids. I could only find the pepperoni but from trying the pep, the big thing that was lacking was the pepperonis and once I tested and pulled some off a slice and just had cheese, it actually was a mildly ok pizza.”

A post shared by I Need A Snack (@i_need_a_snack_)

I Need a Snack pointed out that the pizza’s “mozzarella melted down great and wasn’t rubbery or fatty.” The marinara underneath also tasted great, with the Instagram user describing it as the “best part” of the pizza. “It had an authentic real tomato taste and there was plenty of it. Not a single bite was sauceless!” noted I Need a Snack.

The Instagram user, however, found the meat too greasy. The meat’s grease “pooled over onto the pizza and even after patting it off with a napkin it was still in the bites,” wrote I Need a Snack, who gave the Chuck E. Cheese frozen pizza an overall rating of 6/10.

The arrival of Chuck E. Cheese frozen pizzas at Kroger isn’t the only good Chuck E. Cheese news in the past week. Last Thursday, the restaurant chain announced the highly anticipated return of the Chuck E. LIVE! in its restaurant after more than a year of the show being on hold due to the COVID-19 pandemic.

“For more than a year, kids and parents have eagerly awaited Chuck E.’s return to the dance floor — and Chuck E.’s been looking forward to this day, too,” said CEC Entertainment Chief Marketing Officer Sherri Landry in a statement. “Chuck E. loves celebrating birthday parties, sharing his favorite new music and dance moves and creating special memories every day at Chuck E. Cheese. He’s never been more excited to report to the ‘office,’ and we’re all ready to once again feel the special energy that he offers our guests when they visit our venues for their first or 100th visit.”