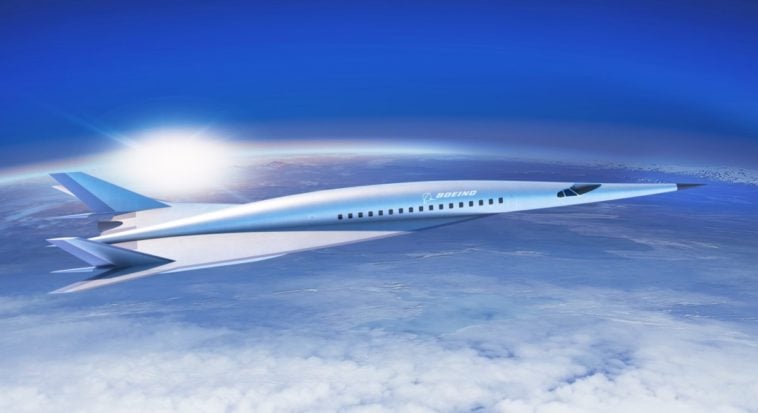 Imagine a world where we can jet from New York to London in just 2 hours. Well, if Boeing can deliver on its hypersonic passenger plane concept, it may one day become a reality.

First unveiled during an aerospace conference in Atlanta, this proposed super-jet is a first-of-its-kind, hypersonic rendering from the Chicago-based company. Designed to fly at MACH speeds nearing 4,000 MPH, this ultra-jet has the potential to wholly revolutionize commercial flying, making transpacific flights from LA to Tokyo in about 3 hours. That’s a far cry from the 11 hours these journeys currently take.

Unfortunately, however, such a plane won’t be buzzing the skies any time soon.

As it currently stands, the aerospace industry has yet developed the lightweight materials nor the engines it would take to build such a plane. Another huge factor is the cost. This sort of endeavor could easily consume tens (if not hundreds) of billions in R&D before there’s even a prototype.

Dennis Muilenburg – Boeing’s CEO – says it’ll likely be a decade or two before hypersonic passenger travel becomes a reality. So, in the meantime, it looks like we’re stuck with what we have.