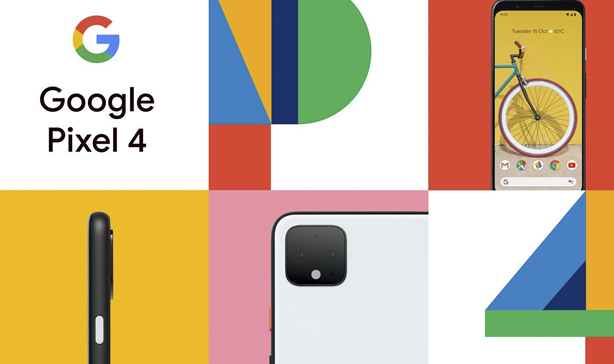 Rumors of what the Pixel 4 will offer have been circulating the internet for months (some from Google themselves), and today, Google pretty much confirmed them all with the launch of the Pixel 4 and 4XL.

To that effect, Google didn’t stray too far away from the previous Pixel’s aesthetic in terms of design, and there are still bezels. Google also did not decide to increase the screen size – the Pixel 4 and Pixel 4 XL still sport a 5.7-inch screen and 6.3-inch screen respectively. But now they are fitted with OLED panels with a 90hz refresh rate for the screen. This should increase the response time of gestures when compared to the Pixel 3.

Well, since there seems to be some interest, here you go! Wait 'til you see what it can do. #Pixel4 pic.twitter.com/RnpTNZXEI1 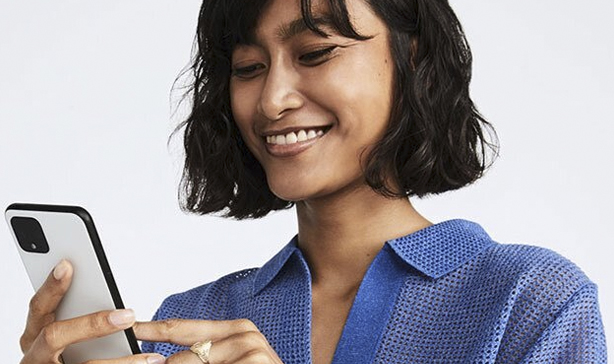 Moving to the rear, you will instantly notice that the classic two-tone look of Pixel has been replaced with a solid sheet of glass. It will be available in a choice of black or white, along with a new bright orange option. One can clearly see the similarity between Pixel 4’s camera shape and placement with Apple’s newly released iPhone 11 Pro. However, the square-shaped bump on the Pixel 4 only houses two cameras, but that is a first for the Pixel.

Pixel’s cameras have historically wiped the floor with the competition, and the Pixel 4’s camera keeps to the same high standard. As previously mentioned, the Pixel 4’s rear camera will have, for the first time ever, two lenses: a 12MP dual-pixel sensor paired with a 16MP telephoto lens with optical image stabilization. From the photo samples we’ve seen in the wild, the photos on the Pixel 4 manage to outshine the Pixel 3, especially when it comes to portrait and night photography. Even in low-light, the Pixel 4 seems to power through and produce photos with minimal noise, being able to clearly capture the stars on a clear night sky.

Internally, Google keeps it relatively simple when it comes to hardware performance. To that effect, the Pixel 4 is powered by a Snapdragon 855 chipset along with Titan M Security and Pixel Neural Core as co-processors. Pixel’s Neural Core is a new chip that will drives and power AI tasks as well as the Visual Core’s duties. It also comes with 6GB of RAM (50% more than the previous model), 64GB and 128GB storage variants (unfortunately, not expandable) and stereo speakers. The Pixel 4 has a 2,800mAh battery while the larger variant, the Pixel 4 XL, houses a 3,700mAh battery.

The battery capacity for both models is quite surprising but not in a good way. The Pixel 4 is 115mAh less than the Pixel 3’s battery capacity while the XL variant only boasts of a 270mAh increase. Fortunately, the new Pixels also ship with a fast-charging 18W USB-C power adapter.

Google has also introduced motion-sensing tech in the Pixel 4. Google had previously announced the Motion Sense feature in a July blog post. It allows the user to “skip songs, snooze alarms, and silence phone calls, just by waving your hand”. This technology is by no means new or groundbreaking as previous phones have already offered it, but we expect it to be implemented really well in the Pixel since it’s coming directly from Google.

Also new to the Pixel is Face Unlock. Google describes it to be more sophisticated than Face ID. Your phone will unlock as you pick it up as long as the sensors recognize you, and that it will get better at it over time.

With the launch of Pixel 4 comes the launch of the second-generation Google Assistant too. The next-gen assistant had already been previewed in a video that showcases its increased speed and response and the ability to handle back-to-back commands. The interface also has gotten an upgrade. Summoning the Google Assistant no longer brings up an intrusive pop up screen but a subtle color bar sits at the bottom of the screen indicating that it is active.

Pricing for the Google Pixel 4 begins at $799 and $899 for the Pixel 4 XL. Pre-orders begin tomorrow, with the phone becoming available on the 24th. Those prices are surprisingly not cheap, so we’ve put together a list of some pretty solid Pixel 4 deals below.

Get a Pixel 4 for free or up to $800 off a Pixel 4 XL via 24 monthly bill credits when you switch to T-Mobile and trade in an older Pixel phone. Meaning, when you get a Pixel 4 on T-Mobile’s interest-free Equipment Installment Plan, you’ll see a bill credit every month for $33.34. That means, at the end of 24 months, you’ll have paid a grand total of $0 — zero, zip, nada —plus the sales tax for your Pixel 4.

Get up to $300 off a Pixel 4 or Pixel 4 XL via trade-in credit and rebate when you trade in an eligible device.

For a limited time, lease Pixel 4 or Pixel 4 XL and get a second one for $0 per month when you switch to Sprint or add a new line of service. You can even mix and match between the two new devices: