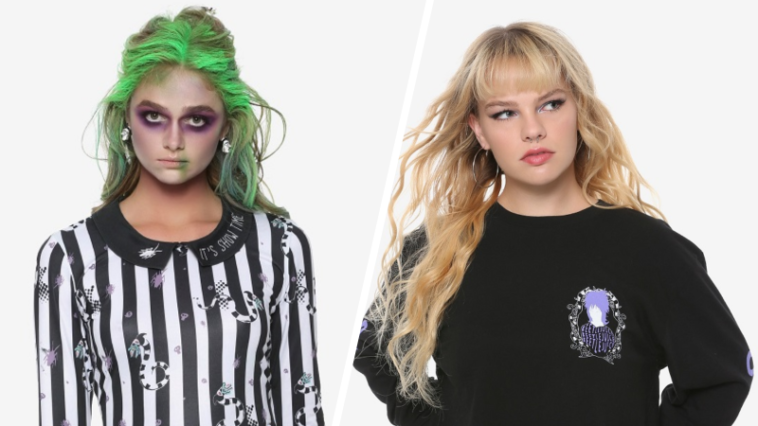 Tim Burton’s cult-classic Beetlejuice first hit theaters in March 1988. Working from a $15 million budget, the film became a critical and commercial success, going on to gross some $70 million at the box office.

Now, in honor of the film’s 30 year anniversary, Warner Bros., Funko, and Hot Topic have all teamed up on a slew of limited-edition Beetlejuice-themed products. The exclusive lineup is made up of clothes, home decor, beauty products, and other Beetlejuice-related merch.

Some of the standout items include the Funko figures depicting Beetlejuice & Lydia Deetz, as well as the Handbook for the Recently Deceased eyeshadow palette. But if figurines and makeup isn’t your cup of tea, there’s also some pretty cool Beetlejuice jewelry and T-shirts, among many other thematized items.

What’s more, EW is reporting that a remastered version of the film will hit theaters starting this weekend. Their reporting suggests that fans in the U.S., U.K., France, Switzerland, Taiwan, Spain, and several other countries will be able to see the film for a limited time leading up to Halloween.