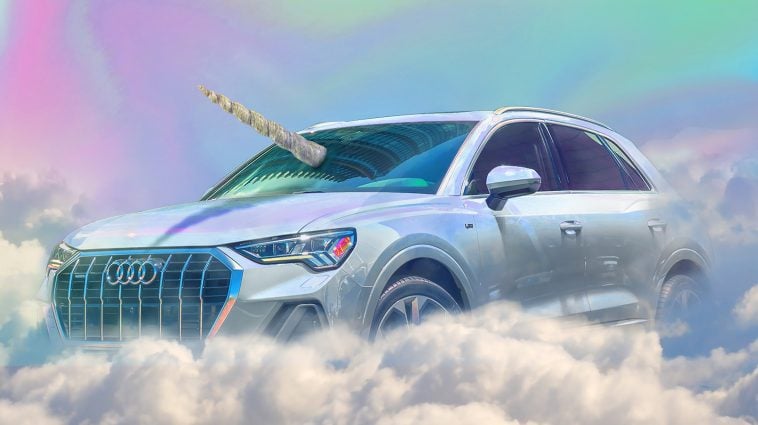 Back in September, car manufacturer Audi released an image of what was eventually termed the Audicorn – an Audi Q3 disguised as a unicorn. Naturally, the photoshopped image became one of the vehicle maker’s most popular social media posts, because who doesn’t love cars dressed as unicorns?

The Audi Q3 featured a large golden horn coming out through the windshield, and a silver tint to make it stand out. Over the course of the following weeks, the post was shared tens of thousands of times across both Facebook and Instagram, proving just how popular the mystical creature is. The image, which was created alongside Gentleman Scholar, was developed to reach out to millennial audiences and proved to be quite effective.

However, the Audicorn has become a reality, with residents of Washington, D.C. spotting the creature in the wild. The real-life Audi Q3 unicorn was modeled to look exactly like the digital counterpart, including a three-foot-long golden horn, a pearlescent vinyl wrap, and a glitter paint finish. To add to the mystical ambiance, the interior lighting is purple.

So far, the Audicorn has pranced around Washington, D.C. While doing so, the car company gave out candy to those celebrating Halloween.