American Girl, a Mattel doll brand, known for creating fictional characters designed to inspire children to make history, has aimed for the stars with their latest addition.

If you’re not familiar with American Girl, they are a company that aims to inspire and educate children by creating dolls that have fictional ties to historical and contemporary events.They do this by releasing accompanying books which detail each of the dolls’ stories.

For their latest project, they have collaborated with NASA to create a doll who has aspirations of space travel. Her story is that she is an 11-year-old girl named Luciana Vega that dreams of being the first person to visit Mars. Luciana is the sixteenth creation in their ‘Girl of the Year’ series.

Amazingly, American Doll actually consulted with NASA and real life scientists in an attempt to make Luciana’s story as realistic as possible. For instance, the space agency worked to make one of the space outfits Luciana wears as close to the genuine thing as possible.

That’s not where NASA’s association ended either; they provided a series of quizzes and information for the American Girl app and website. They are even working with American Girl to make a Luciana themed space camp for children to visit and enjoy.

The Luciana Doll and Book is available to purchase for $115. 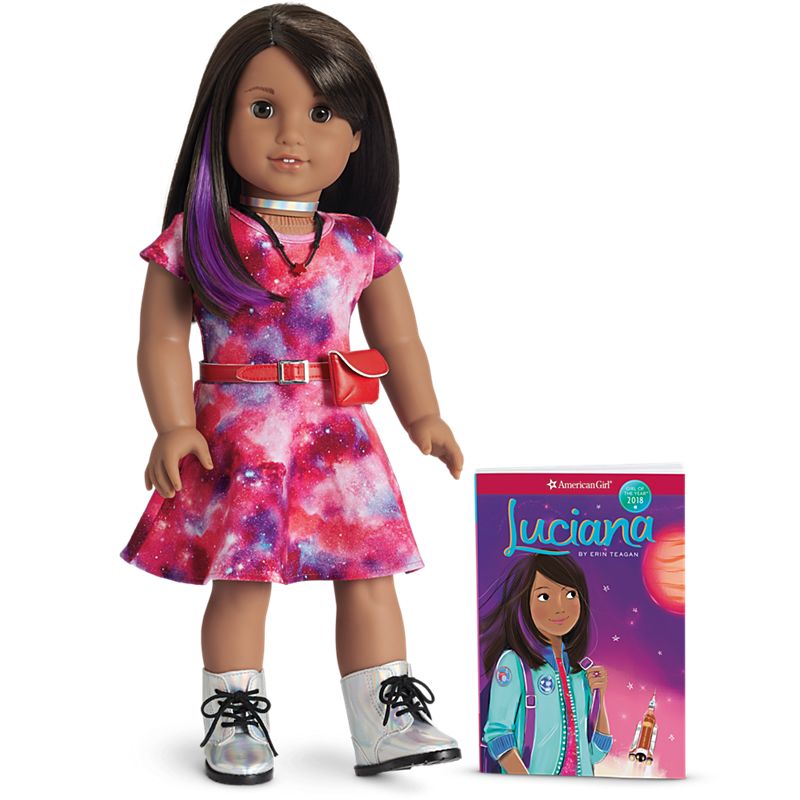