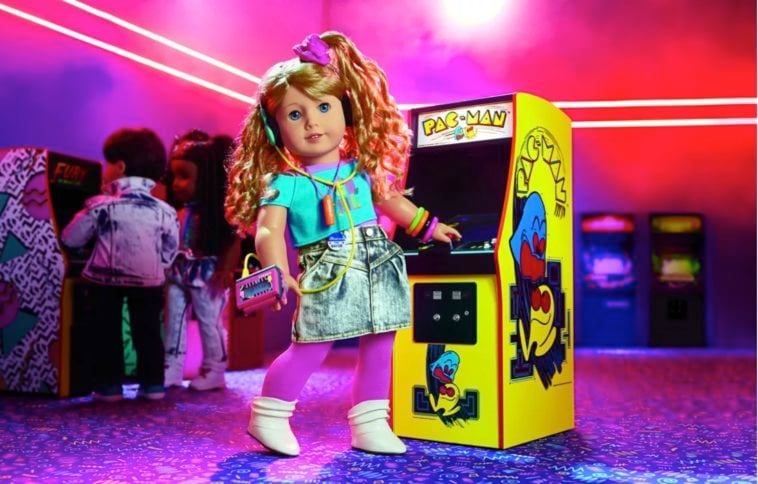 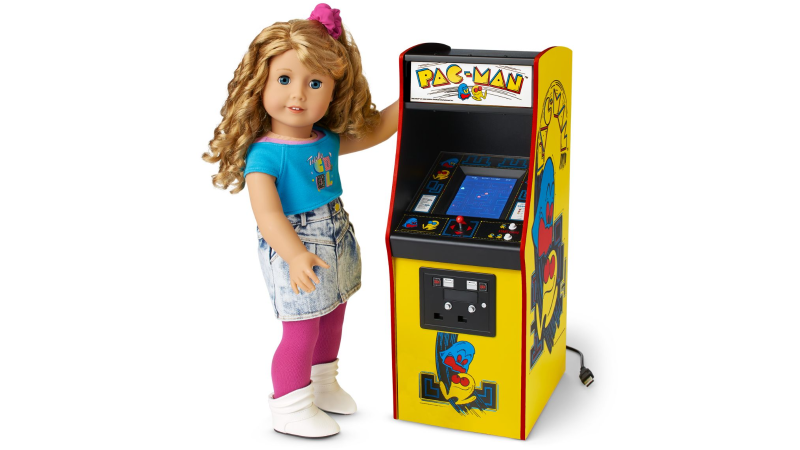 An addition to the company’s Historical Characters line, little Courtney Moore is a total ’80s girl from San Fernando Valley in California. Everything about Courtney screams retro – from her side scrunchie to her neon pink tights and, of course, a cool cassette player. 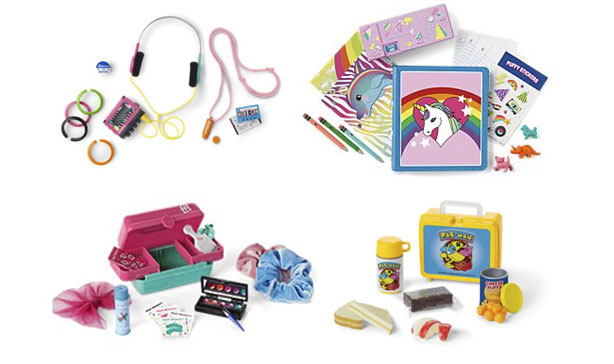 American Girl has also released a number of new ’80s-themed clothes and accessories to dress Courtney or other American Girl dolls in. Young fans can create a variety of colorful retro outfits and pair them with iconic accessories such as a caboodle, a Pac-man themed lunch set, or even what looks like a Lisa Frank-inspired stationery kit. Interestingly enough, there’s even a miniature Molly doll accessory that Courtney can bring around. Molly was one of American Girls’ first dolls released in 1986. 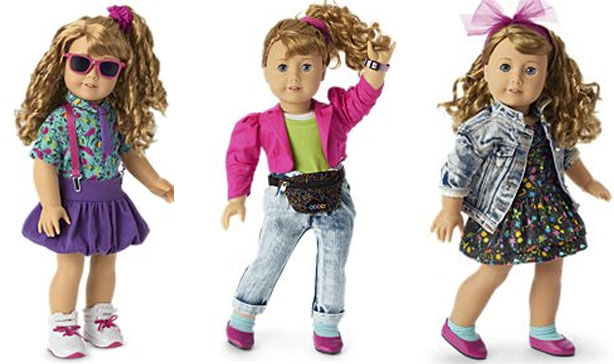 As with any American Girl doll in the Historical Characters line, Courtney comes with an accompanying book, Courtney Changes the Game, where she’s described as the best gamer at the arcade. She’s particularly fond of Pac-Man and is a top-scorer at the arcade. But the book also hints that Courtney may also be a budding video game developer as she’s left to wonder why there aren’t more girl characters in video games. She gets her chance when her school allows her to code her own video game where she creates a female main character who is capable of handling any situation.

In addition to her other accessories, there’s also a pretty cool working Pac-Man arcade cabinet complete with a working joystick, and authentic sounds. The company has also teamed up with non-profit organization, Girls Who Code, by matching customer donations dollar for dollar up to $50,000. Donations can be made through the American Girl website.

The American Girl Courtney Moore doll is already available and is offered either alone, with accessories, or as a complete collection. The accompanying Pac-Man arcade game is sold separately and currently up for pre-order.